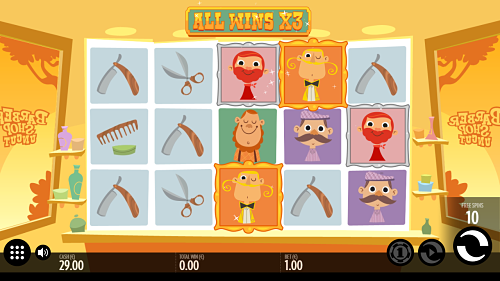 You have already met this company in the previous slot title Barber Shop and now you have a chance to meet them again as our Barber Shop Uncut slot review is ready. Swedish software developer Thunderkick is launching the improved version of the game Barber Shop Uncut on June 7, following on from May 17 release of Roasty McFry and The Flame Busters, and Monsieur Stache is ready to once again give you a world class shave. Growing a hipster beard is quite popular today, but the French maestro with scissors is dexterous, so you can choose your own style and he will make your wishes come true.

Themed on barber shops, the online video slot uses 5 reels and 40 paying lines, instead of 25 available in the previous version of the game. The more paying lines, the higher odds of winning, so choose a bet value according to your preferences and hit that Spin button to start creating winning combinations. The betting range is not known at the moment, but we assume that it will be just like in other games from the developer between $0.10 and $100 per spin. You are also allowed to activate automatic spins. 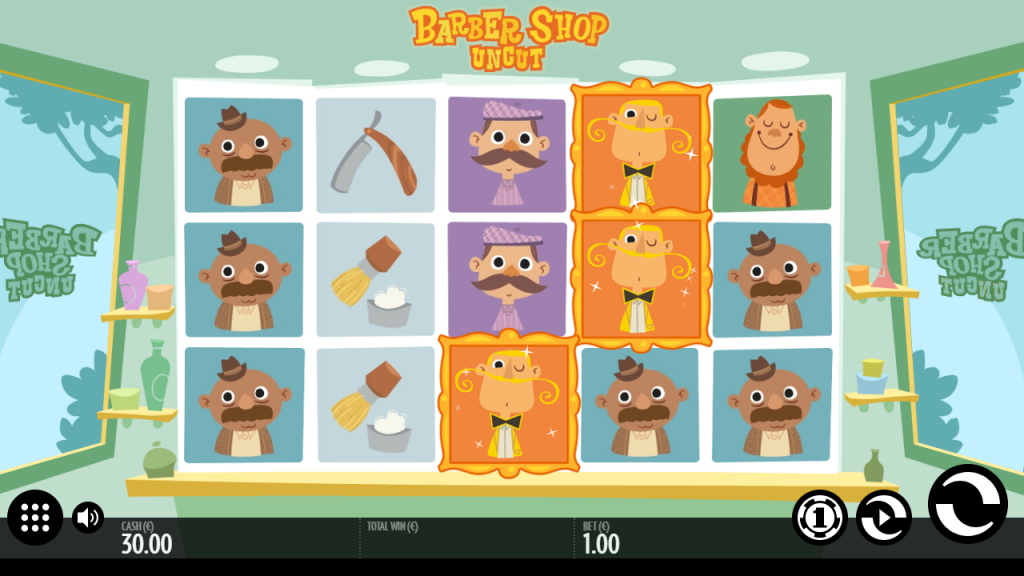 When it comes to graphics, they are rendered in the style of cartoons in pastel colors with symbols represented as male characters waiting to get their beards and moustaches shaved and trimmed. The top paying symbol is Monsieur Stache with gorgeous golden mustaches awarding 150 coins for creating a five of a kind combination along a paying line. Other symbols include a razor, a brush with foam, scissors and a comb. When a winning line is formed, the winning symbols included in it get circled with shaving foam which serves well the theme of the game.

Spin Until You Win

The Barber Shop Uncut slot is a home to one special symbol, Bonus. Whenever you land 3 Bonus symbols on the reels, you will get a respin. Respins can be also triggered by regular symbols creating a winning combination. The winning or triggering symbols will be locked at their positions while other reels will spin as long as new winning combinations are created. This is a perfect time to trigger the bonus game by landing 5 Bonus symbols. During the bonus game respins are also awarded and each additional Bonus symbol grants 2 free spins up to 30. 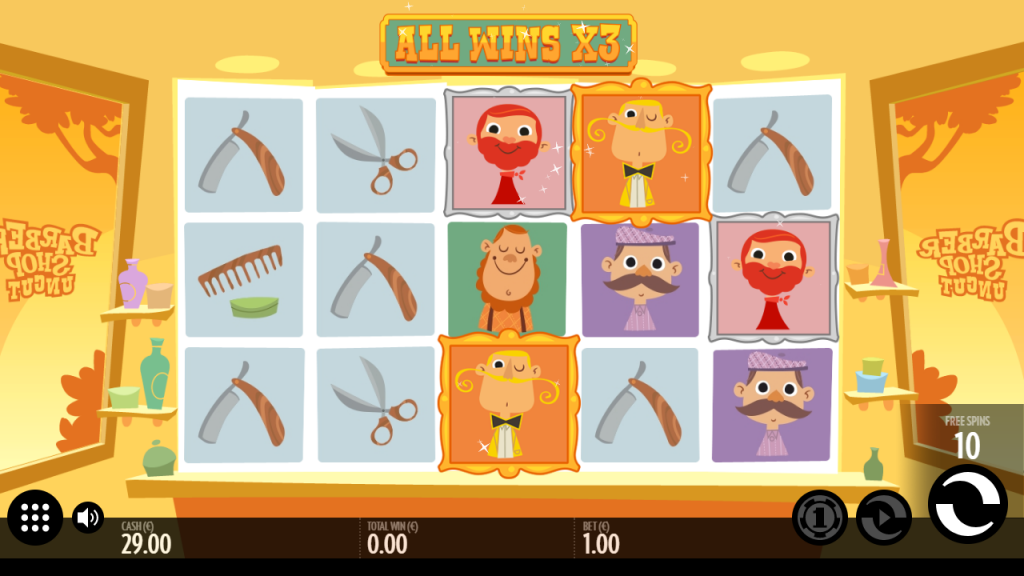 During the bonus game you will benefit from a 3x multiplier applied to all your payouts from the feature. Another useful feature is Inwinity Spin which lets you spin the reels until you hit a win. The innovative feature invented by Thunderkick is activated when free spins are over.

One of a Kind a Gaming Experience

Thunderkick has been providing online and mobile casinos with their innovative slot titles since 2012. With offices in Stockholm and Malta, the software developer stands out from the crowd for its outstanding visuals and never seen before bonus features offering to their players a one of a kind gaming experience. Thunderkick holds licenses issued by the Malta and UK gaming authorities which certify that the games fulfill the requirements set by the industry and regulations. LeoVegas and Dunder are some of our recommended casinos that offer Thunderkick slots.