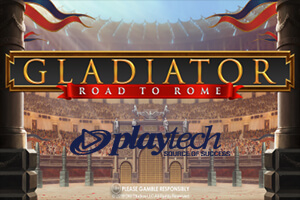 A lucky player has hit the biggest casino jackpot in Spain ever. The game that has created Spain’s first casino jackpot millionaire is Gladiator: Road to Rome by Playtech. The jackpot worth €1,510,172.82 has been won at Codere, one of the most reputable online casinos holding a Spanish online gambling licence.

The record-breaking win is more than 10x bigger than Spain’s previous biggest jackpot, which was around €130,000. While the latest jackpot was won on the progressive slot Gladiator: Road to Rome, the previous one was hit on the DC Superheroes Jackpot series. Since April 2015, Playtech slots have paid out jackpots worth €7.3 million in Spain.

Spain is a growing online gaming market and its online casino vertical saw revenue rise by one-fifth in Q1 2019. Slots have been the most popular casino games during this period generating revenue of €37.5 million, which is 29.2% more than in Q4 2018.

According to the press release published on the Playtech official website, Codere is their key local partner.

“It’s a great step forward to have awarded one of their players Spain’s biggest online gambling prize to date. With a portfolio of 80 progressive jackpot games and nearly €198 million paid out in jackpot prizes worldwide in just a year, Playtech offers an unrivalled proposition for licensees looking to offer their players exciting gameplay and incredible win potential,” commented Shimon Akad, COO at Playtech.

“Everyone at Codere is very excited to have contributed to one of our clients achieving this win. Gladiator: Road to Rome is a hugely popular game for us, with the progressive jackpot proving a major draw,” said Ángel Fernández, Global Brand and Marketing Director at Codere.

About Gladiator: Rome to Rome Slot

Gladiator: Road to Rome is one of the Playtech’s most successful games. It is a progressive slot based on the iconic Oscar-winning 2000 film and a sequel to Gladiator, the popular 2012 title. It benefits from the Gladiator bonus feature, which is activated when 3 Helmet bonus symbols hit the reels 2, 3 and 4 at the same time. Once in, players will be presented with 9 Helmets awarding different cash prizes. If you manage to land 9 gold helmets on the grid, you will hit the progressive jackpot.

Click here to visit Omni Casino and play Gladiator: Road to Rome for a chance to win a progressive jackpot!