Daily Star Wins Ad Removed From TV For Being Sexist 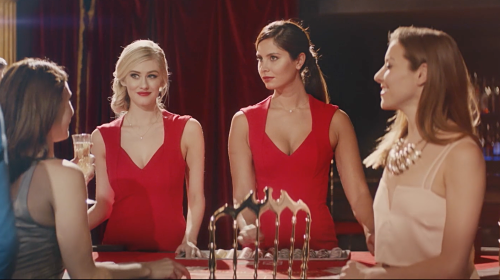 Advertising Standards Authority (ASA) has taken the Daily Star Wins commercial off the air – because the ad itself was deemed sexist.

Daily Star’s gambling site ad, created by Channel 5, was premiered back in January, and quickly earned its reputation.

The ad depicts two men entering a casino staffed by women, dressed in gold-sequined dresses, but it seems the ending triggered the complaints.

The advertisement ends in voiceover saying that ‘for you card sharks, we’ve got real female croupiers who can handle that,’ with the claim that ‘you’ll be surprised where it can take you.’

An unnamed person complained the advertisement was sexist and offensive to women, while the ASA concluded it also made inappropriate connections between gambling, seduction, sexual success and attractiveness. The fate of the ad was sealed.

The owner of Daily Star Wins, Bear Group, had a different point of view on the matter. They said the ad was meant to point out the fact their casino had female croupiers and to break the stereotype that the profession was dominated by men. They even added the mere fact the men ended up in a pub suggested that they’d failed to achieve any sexual success whatsoever.

Bear Group rejected the claims of sexual innuendo, or suggestion of seduction and enhanced attractiveness. They added there were no interaction between the protagonists and the female staff in the ad, and were surprised such accusations were made at all.

ASA had a quick reply, saying the commercial featured ‘intense looks’ between the protagonists and female staff.

ASA also mentioned the first scene of the commercial, where the only person interacting with the protagonists was the barmen, whereas at the end, a large crowd gathered around the two. This sent a message that gambling had earned them recognition and popularity, making them more attractive to women.

Finally, the Advertising Standards Authority reached the decision that the ad had breached the UK Code of Broadcast Advertising (BCAP Code) and ordered the removal of the advertisement, which won’t be able to be aired in the current form.