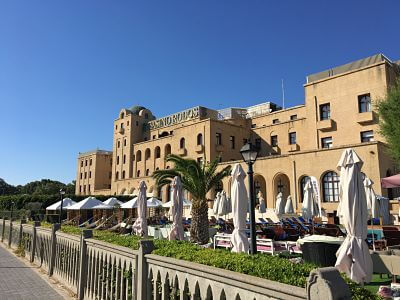 It seems that the Greek government is more than prepared to welcome new international casino investors in the near future, due to the fact that they are considering decreasing gaming taxes. Given the current state of their economy, the government has revived its interest in gambling as a source of extra tax income.

According to the Greek news agency Ekathimerini, the Ministry of Economy is preparing a new-and-improved offer when it comes to gambling legislation, specifically lower taxes on casino slots and gaming tables. It is a well-known fact that gaming industry stakeholders are less than satisfied with current tax rates, to say the least, and that they are demanding some serious cuts. If our sources are correct, this has led the government to develop a mix-rate system, which will reduce the overall taxes from the current range of 30-37% to 25% or even lower.

The government is backing their decision with the fact that lower taxes will attract more gambling investors from all over the world to invest in Greece and, consequently, contribute to the higher governmental returns in the long run. Such tax cuts will surely make international casino investors to take another look at their gaming market.

Currently, Greece is looking for a new investor for their latest integrated resort casino, which will be located on the site of the former Elliniko international airport outside Athens. Furthermore, the relocation of the Regency Mont Parnes Casino was approved, and the casino will be moved to a location much closer to Athens, but still, it has to stay outside city limits.

The lottery and betting operator, OPAP, which recorded a gaming revenue tax increase from 30% to 35% last year, are still waiting to see whether they will be included in these tax reductions. In 2017, OPAP started the rollout of tens of thousands new video lottery terminals, despite the fact that the government restricted their VLT army to 25,000 this August. Time will tell whether the tax reduction will also apply to VLT operations.