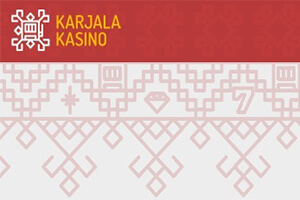 Karjala Kasino, an online casino that is powered by iGamingCloud, GiG’s platform service supplier, will provide Norweigan and Swedish players, as well as Finnish customers using Karelian dialect, with an entirely localized gaming experience. This will be the first online casino in the world to add this dialect, which is mainly spoken in Eastern parts of Finland.

CEO of Karjala Kasino, Adnan Maslo, stated that the company was rebranded at the beginning of November and now boasts a completely different look. Based on previous demand, the casino has also included the Karelian dialect, as well as Swedish and Norweigan languages, which are now added to both the website and support team.

“It was time to open our community to more markets now. We launched Karjala Kasino originally in summer 2017 for Finnish players and the demand from other markets was very strong already from the start. Overall, the launch has exceeded our expectation and the brand is finding a nice place in the heart of the Finns,” Mr Maslo added.

Karelia encompasses the eastern region of Finland and, as such, it is the focal point of the Karjala Kasino brand.

According to Henri Kukkonen, the brand manager of Karjala Kasino, the company aims to provide Finnish players with an entertaining and unique content, but without risking losing the casino’s identity as an absolutely Finnish and Karelian brand.

“There are many hyper local Finnish brands, but many of them fail to produce a Finnish experience that goes deeper than the brand name and graphics. Our players and affiliates should be happy to see that we’ve pulled the rabbit out of the hat with this one at Karjala Kasino,” he concluded.

Karjala Kasino is a Finnish online casino, established in 2017 and licensed by the UK Gambling Commission and Malta Gaming Authority. The casino is operated by the Gaming Innovation Group (GiG) that boasts an impeccable reputation. The software itself uses the iGamingCloud platform, that is in essence Quickfire, powered by Microgaming with several other components added in.

Their portfolio offers a broad selection of games from Microgaming, NetEnt, Betsoft, NextGen, Evolution Gaming, Pragmatic Play, RTG and Play’n Go. Some of the most popular slot machines available on the site include Finn and the Swirly Spin, Mayana, Planet of the Apes, Reactoonz, Blood Eternal, Lightning Gems, Avalon, Battlestar Galactica and many more.