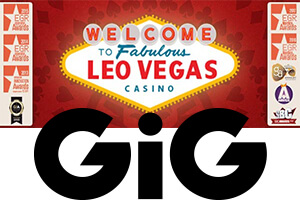 LeoVegas, one of the most reputable casino brands on the web, is getting ready to enter the Spanish market in the first quarter of 2019.

Gaming Innovation Group (GiG) has also applied for a license hoping that it would allow them to offer casino games and sports betting to players and operators in Spain.

Next Step in Global Expansion Journey

LeoVegas has submitted a license application that will enable them to offer casino and sports betting in the Spanish market that has been locally regulated since 2011.

Commenting on the application, Gustaf Hagman, LeoVegas’ Group CEO, says they expect to launch in Spain in the first quarter of 2019.

“We are now taking the next step on our global expansion journey and apply for our first license in a Spanish-speaking country, Spain. Through our technology and experience, we can effectively adapt our business to regulated markets regardless of language and regulations,” says Hagman.

He also said that Spain was one of the fastest-growing markets in Europe while Spanish was spoken by more than 470 million people.

“Naturally, we see the establishment in the Spanish market as a first step to get into several Spanish-speaking countries. The Spanish casino market grew by more than 30% in Q3 2018 compared to 2017,” he added.

LeoVegas has been already licensed by the Malta Gaming Authority and UK Gambling Commission.

Gaming Innovation Group Inc. (GiG) is another company that has applied for an online casino and sports betting license in Spain. As part of its expansion in regulated markets, GiG plans to enter the Spanish market with its B2C and B2B offering and is aiming to launch in the second half of 2019.

The Malta-based technology company with its offices around the world and a portfolio of trusted casino brands including Rizk will certify its B2B technical platform as part of the licensing process. It will enable them to offer its services and solutions to external operators holding the Spanish gaming licence.

In the recently published press release, GiG states that it is well positioned for the market opportunity in Spain with its full turnkey solutions and cutting-edge services, products and solutions. They can be optimized according to operators’ requirements to support their growth.

So far, GiG has obtained licenses from Malta, UK, New Jersey and Germany: Schleswig-Holstein gaming authorities and has two pending licenses in Sweden.

Spain is one of the European countries with the highest per capita spending on gambling that has been consistently increasing over the past 20 years. Having regulated the market in 2011, the Spanish government aims to increase player safety and market sustainability through harmonizing their gaming laws with those in other regulated markets.