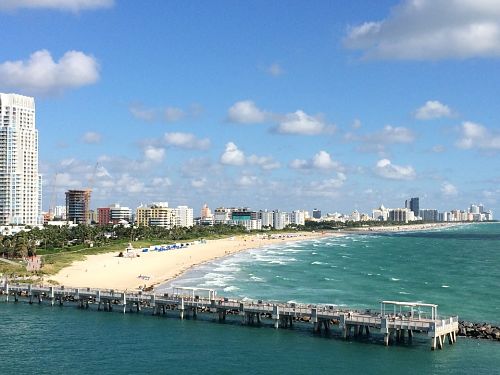 While the State of Florida Legislature was trying to pass a new casino license in South Florida, Miami Beach City Hall responded introducing a ban on casinos or any other type of gambling facility.

Realising that new gambling law was about to be granted, the Miami Beach City Commission initiated a process of banning gaming, making two ordinances, which are now being taken into accelerated approval process.

On an extraordinary meeting, held on Wednesday, May 3rd the City Commission unanimously voted 6-0 to send the two ordinances to the citizen planning board, which will meet on May 11th. The board will create recommendation on the ordinances in order to revise City Commission’s plan to completely ban gambling in the city. The first of the two votes that the board will state will be announced the next day on a meeting at 2 p.m.

Some of the reasons why the commissioners didn’t approve the law of expanding casinos in Miami Beach and Miami-Dade are referring to the lack of direct benefit to the community. For instance, part of the revenues could be directed towards education or senior programs, as suggested by commissioner Rosen Gonzales.

A few residents also expressed their opinion supporting the ban. Commission’s decision was backed up by Norman Braman, renowned auto dealer and art collector, who happens to be a chairman of the host committee for Art Basel – giant art fair held each December in Miami Beach Convention Center. The letter was read to the Commission by Art Basel spokesman Bob Goodman.

Among other things, the letter stated: “I believe the future of Miami Beach as host of Art Basel would be placed in serious jeopardy if gaming reaches our community. Directors of the art fair previously indicated gambling is not compatible with the world-class art fair.”

Being a member of the City Hall in the 1970s, Goodman pointed out that gambling had been dealt with even 40 years ago when Miami Beach was perceived as a capital location for expansion of this type of entertainment.

Revising the Ordinances Due to Economic Impacts Requested

On the other hand, there are the opponents of the City Hall Commission’s decision. Fontainebleau Hotel was planning to expand their businesses by getting a gaming license, if any became available, competing with the Malaysian gambling company Genting. The company has wanted to build a casino on Biscayan Bay since 2011.

Alex Heckler, the Fontainebleau Hotel’s attorney drew the attention of the Commission on the economic impact of gambling facilities and what would happen with tax revenues in Miami-Dade County, if gaming was banned. He said: “Those impacts will hurt your hotels, your businesses and some of the mom-and-pop, locally owned restaurants.”

Though Miami Beach commissioners only have an influence inside the city limits, they still hope to convince Miami-Dade leaders to follow their steps. Tomas Regalado, Miami Mayor, doesn’t support Genting’s desire to build a casino on the old Miami Herald site.

Raul Aguila, city attorney, said that the city would conduct a thorough economic study on impacts of gambling facilities on city’s economy and revenues.

Considering that this is an election year in Miami Beach, a few candidates didn’t miss the opportunity to state their opinion on the matter. Mayoral candidate and former state legislator, Dan Gelber noted that the Florida Legislature had made the decision on opening casinos in Miami Beach and Miami-Dade, without consulting concerned parties.

Gelber’s political opponent, Commissioner Michael Grieco had to agree on the matter saying: “We see consensus on the dais, but this is one that also transcends politics. We see consensus among candidates.”