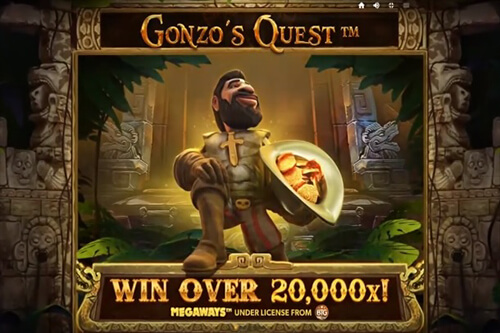 NetEnt launched its Gonzo’s Quest title back in 2011, and this exciting game has since become one of the developer’s most popular releases.

Now, following the acquisition of Red Tiger, this classic NetEnt slot will receive a thrilling makeover thanks to the Megaways game engine. If you are interested in what Gonzo’s Quest Megaways coming from the Red Tiger creative kitchen has to offer, stay with us.

If you’ve ever had the chance to play the original title, you’ll definitely feel at home, with sharper and crisper visuals further adding to the excitement.

The use of Megaways has changed the slot’s layout, which means players will have 6 reels, with the number of symbols on each of them ranging from 2 to 7. Once the reels start spinning, punters will have anywhere between 64 and 117,649 ways to win.

The original 2011 release featured Avalanche mechanic, which perfectly suits the cascade mechanic used by Megaways. Add a nice soundtrack to this mix, and you’ve got yourself a fantastic game.

Featurewise, Gonzo’s Quest Megaways has a lot to offer to players, making sure they won’t lack excitement in both the Main Game and during the Bonus round. This may be a highly volatile game, but such risk comes with a reward – as the top payout is worth over 20,000x the bet!

We should explain the Avalanche mechanic to those unfamiliar with it. Whenever a winning combination is created, all of the symbols in it will be removed from the grid, with brand-new ones dropping into the empty places. This can lead to the creation of new winning combos, repeating the entire process.

In addition to awarding payouts, each new Avalanche will increase the size of the multiplier, going up to 5x. Be on a lookout for the Earthquake feature, which is triggered at random. Once it’s active, it will disintegrate all low-value icons, allowing only high-paying symbols to fall onto the reels.

The question mark symbols serve as Unbreakable Wilds, which stay on the reels even as part of winning combinations, helping create even more wins. The Free Spins bonus round starts with 9, 12, or 15 spins, depending on the number of Free Fall symbols used to activate it. Whenever this feature is activated, players will be able to choose whether to claim spins or to gamble them using the Royal Wheel.

Get ready to enjoy an exciting new take on one of NetEnt’s classics. Gonzo’s Quest Megaways will be arriving at Red Tiger-powered online casinos on 23 July!