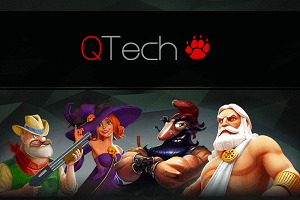 QTech Games, the fastest growing game distributor in Asia, signed a deal with Booongo Gaming this February, thus boosting their list of renowned partners, which also includes ELK Studios, Quickspin, Thunderkick, NextGen Gaming and many others.

Asian fastest-growing game distributor is an ambitious and fast-moving company that combines the best knowledge from Europe and Asia, and it offers the best online games on the market, developed by either the leaders of the iGaming industry, or the most exciting up-and-coming providers.

This is why QTech Games’ CEO Jonas Alm was pleased to announce that the partnership with Booongo games “brought a new premium range to its existing portfolio as it continues to expand on Asian markets, featuring the finest mobile acquisitions”.

The ICE 2018 was hugely encouraging, he said, and it was of huge importance that they hit the ground running with this timely announcement. Due to the fact that Booongo offered products that combined three-dimensional virtual worlds with more conventional games, QTech Games wanted to make sure that Booongo’s thrilling products found their way to the Asian market.

Booongo excited about the integration with QTech Games

According to Booongo`s Commercial Director Sebastian Damian, his company is ecstatic about the latest partnership with QTech Games, since it will allow them to approach a completely new gaming audience.

The initial feedback from their new customers is more than satisfying, and Booongo’s innovative video slots have already been recognized in the Asian market as engaging and high-quality games. The partnership with QTech distribution platform will secure an even greater presence in Asia, meaning that even more players will have the chance to enjoy Booongo products.