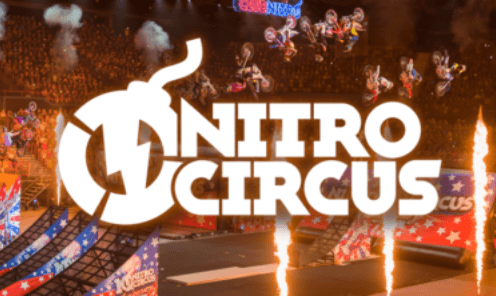 The fabulous Maltese slot provider Yggdrasil Gaming has gained its reputation as an original content creator, a visionary supplier without bad ideas and bad realisations. They’ve rocked the casino world with such innovative and compelling games as the Jokerizer, Vikings go Berzerk, Valley of the Gods and more recently, Easter Island.

Moving forward with their mission of enriching the industry, the Yggdrasil team has just announced their very first branded game, and it’s going to be an action-packed one!

The Nitro Circus Slot will be available in November 2018, and the countdown has been started at the NitroCircusSlot.com website.

Action sports lovers are surely acquainted with the Nitro Circus collective, but for those unfamiliar with the name, Nitro Circus is a group of friends led by an American professional motorsports competitor/stunt performer Travis Alan Pastrana.

They travel around the world with their show Nitro Circus Live and perform stunts and drive dirtbikes. The whole thing spawned a reality television show on MTV, a 3D film and a series of DVD releases.

If you enjoy watching a group of bold buddies performing insane stunts on a range of contraptions, showing off their skills and creativity, you may want to consider checking out one of the Nitro Circus shows in your area.

So far, no details about the branded Nitro Circus slot have been released but we have no doubt it will be a dynamic thrill ride. We’re expecting adrenaline rushes, sweating palms, sitting at the edge of our seats and also some stunning animations and visuals.

If we had to guess, we imagine the music will contain strong riffs and pounding drums (ex-Puddle of Mudd members scored the movie, by the way) and as it is Yggdrasil’s custom – the payouts will surely be more than satisfactory.

Nitro Circus stars such as Travis Pastrana will be featured in the highly-anticipated slot game that is bound to deliver premium excitment to casino gamers everywhere.

Come November and Yggdrasil-powered casinos will have the blood-pumping Nitro Circus slot in their libraries; the clock is ticking, it won’t be long now! If you want to try out some of their other remarkable slot games, you should visit PlayOJO, a unique online casino where all bonuses and promotions and free of wagering requirements.