Endorphina Ends the Month with Launch of Chance Machine 5 Slot 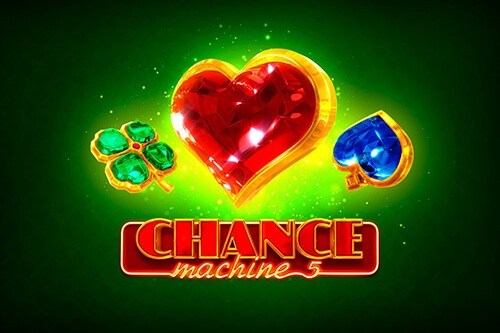 A highly rated provider for the online casino industry, Endorphina has announced the launch of the new video slot, which comes just in time for holidays.

Titled Chance Machine 5, this beautiful Christmas fairy tale comes with a festive and luxurious atmosphere and promises an immersive playing experience with many opportunities to claim neat prizes.

A Holiday Season filled with Excitement

The game is played on a standard five-by-three grid, while the slot has only fixed paylines. To start getting paid, you’ll need to get at least three matching symbols on adjacent reels, starting from the leftmost one.

In addition to the usual set of low-paying Royals, the fresh release features both Wild and Scatter symbols. The Wild will only appear on the three middle reels, substituting for all other symbols, bar the Scatter. There are two Scatters, the one landing only on reels 1, 3 and 5, while the other will appear anywhere on the reels. The game also features a Risk game, allowing players to gamble their winnings immediately after a winning spin.

The renowned developed had a hectic month, which started with the launch of its portfolio of games in Belarus.

After expanding its presence in Romania, Endorphina entered another growing Eastern European market, allowing local operators to access its lineup of video slots. Thanks to this move, players in Belarus will be able to enjoy more than eighty titles offered by the renowned gaming company.

The new additions to the developer’s offering can be found at any online casino powered by Endorphina.