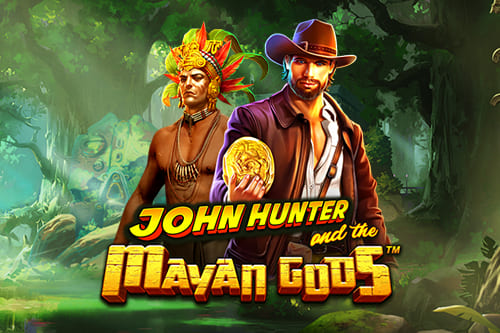 John Hunter is making his comeback to the reels in the new Pragmatic Play’s slot, which arrives just in times for holidays.

The latest addition to the developer’s extensive portfolio of games will see the famous explorer embark on yet another adventure, this time set in the jungles of Central America.

With expanding Wilds and a thrilling Free Spins round on offer, players are guaranteed to have a ton of fun.

Titled John Hunter and The Mayan Gods, the game is set in deep in a lush jungle, with a pyramid and a priest next to the reels. The slot is played on a five-reel three-row grid, with ten active lines responsible for awarding a winning combination.

Once the reels start playing, you’ll encounter such symbols as cups, daggers, golden idols, while John Hunter himself will also be there.

The golden mask serves as the Wild symbol, and can even expand to cover entire reels. The pyramid is the Scatter, with three or more landing simultaneously triggering the Free Spins bonus round. Players will receive twelve spins, while the symbol upgrade mechanism will further add to the excitement.

Whenever a Wild appears during the bonus round, it will transform symbols into more valuable ones, and at the same time add more spins to the count. Landing more Scatter symbols will retrigger the feature.

John Hunter and The Mayan Gods has a Return to Player of 96.51%, which is slightly above the industry average.

Commenting on the launch of the new game, Chief Business Development Officer at Pragmatic Play, Yossi Barzely said John Hunter was once again arriving on the reels to help slot lovers uncover immense treasures and advance through the Free Spins levels.

He explained that working on this cult series had been a thrilling experience for everyone, and added he was confident the latest adventure would be a hit.