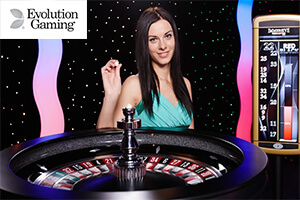 Evolution Gaming has published its interim report for the first half of the year, as well as for the second quarter of 2017.

When it comes to quarterly results, Evolution Gaming is recording strong and even growth for all its product. This period was also marked by an important milestone for the company, which was named Live Casino Supplier of the year at the EGR B2B Awards – for the eight years in a row!

Positive Development in All Areas

From April to June this year, Evolution Gaming managed to achieve growth in all important aspects of its business operations.

Operating revenues rose to €42.3 million, which is a year-on-year increase of 56%. The company’s earnings before interest, taxes, depreciation and amortization increased by a staggering 81% to €19.2 million, corresponding to a margin of 45.5%.

When it comes to results for the period from January to June, the figures are also on the rise. Operating revenues were up by 58% for a total of €81.98 million, while EBITDA grew to €36.3 million, a solid 74% increase.

In total, during the first six months of the year, the company’s profit amounted to €27.4 million, which is 79% more when compared to the same period of 2016. Quarterly profits rose even more, by 92% to €14.6 million.

Evolution Gaming Chief Executive Officer, Martin Carlesund, said he was very pleased with the results. He emphasized the strong and steady growth for all products and with the special focus on the company’s platform using mobile devices.

For the first time in this quarter, gaming revenues on this platform exceeded 50%, while the more exciting period in terms of expansion of new environments is expected in the second half of the year.

Carlesund stated that the latest Evolution Gaming title, Dream Catcher, had quickly become very popular among the consumers. When speaking about new releases, he mentioned the new progressive Jumbo 7 Jackpot, which was now a part of Live Casino Hold’em.

The land-based sector is still larger than the online gaming market, and the company pays special attention to developing new solutions for their partners. He was especially proud of Dual Play Roulette, the latest among Evolution Gaming’s converging products.

When it comes to new partnerships, Evolution Gaming signed a deal with the Dutch largest operator, Nederlandse Loterij, which would offer the chance for the developer to show its full capabilities to deliver high-quality products and services in regulated markets.

In the end, Carlesund announced the establishing of a new studio located in the Georgian capital of Tbilisi.