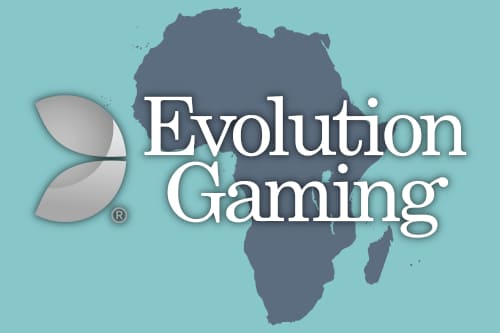 One of the leading developers of live dealer games, Evolution Gaming, has announced the signing of a new reseller deal that should see the company expand its market presence in Africa.

New Additions to the Current Offering

The integration of the new service is currently underway, and once it’s completed, Turfsport will be able to offer Evolution Gaming’s and Ezugi’s portfolio directly from its online platform. A feed integration should then be added to the supplier’s retail platform.

Players will gain access to some of the most popular titles developed by Evolution Gaming and Ezugi, including Crazy Time, Lightning Roulette and Mega Ball, as well as other live dealer games.

Commenting on the new deal, Velasen Naidoo, managing director at Turfsport said his company was confident the content developed by Evolution Gaming and Ezugi would prove to be very attractive for both operators and players. He also pointed out the supplier had a vast industry experience that would help the operators become leaders in the African market.

Expanding the Footprint in Africa

On the other hand, Dean Finder, Evolution Services Cheif Executive emphasized the potential of the new agreement. He also explained that the developer’s portfolio was complementary to Turfsport’s current sports betting software.

Evolution Services has been very busy recently, extending its partnership with another South African operator. Thanks to the latest deal with Hollywoodbets, the renowned bookmaker will add several new Ezugi’s live dealer games to its offering, including Andar Bahar, Teen Patti and Lucy 7.

These new games have been specifically developed for Indian customers, and according to Dermot O’Connell, betting operations manager at Hollywoodbets, they have been added to the offering to meet demand from Indian players in South Africa.