FanDuel Leaves UK After Only One Season 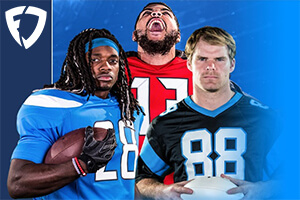 Fantasy sports giants FanDuel is withdrawing from the United Kingdom, after having spent only one season in the local market.

FanDuel has already informed all UK players regarding this move, also announcing full refunds. In a statement to the UK market, FanDuel said it would not be offering any contest in the United Kingdom this season.

The company expressed its desire to return in the future, but at this point, there’s no telling when or even if this going to happen.

The overseas adventure has come to an end before it even properly started. After FanDuel received the UK license in July 2016, the first fantasy contest was launched the following month.

During its one-year UK adventure, DraftKings paid out nearly £1 million in daily fantasy prize money, but this amount is nothing in comparison to $1.5 billion in entry fees in the United States. That should show the full scale of the potential of these two markets.

Coincidentally or not, the latest move arrives only two weeks after the cancellation of FanDuel and DraftKings merger in the United States. The long-awaited merger was eventually called off by the Federal Trade Commission since the newly formed company would control more than 90% of the US market.

Focusing on the Home Market

The situation back home could easily be the reason for a withdrawal. FanDuel has been left on its own, on a very much undeveloped market, so instead of waging a war on two fronts the company opted to pack the bags and focus its operations on the home market.

Only a couple of days after the announcement of the withdrawal, FanDuel confirmed it was leaving the United Kingdom to focus on its primary market. Bearing in mind the merger didn’t go through and the fact the US has more than 53 million fantasy sports players, the decision was quite justified.

FanDuel will have to go back to fighting DraftKings in the home market, so the UK had to be sacrificed in order to preserve energy and assets.

On the other hand, DraftKings, the FanDuel’s biggest rival, will remain active in the United Kingdom.