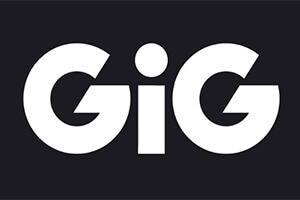 The main idea is for the studio to develop casino games, which will later be sold on a revenue share basis to other casino operators. This means that GIG will attempt to challenge world-famous software providers such as NetEnt, Microgaming, Playtech, Yggdrasil and BetSoft in years to come.

By the end of 2018, GIG predicts that they will develop between six and eight games, while three of them are already being developed, and will be released during the third quarter of the next year.

“Through development, growth and integration of GIG’s five business areas, the company capture more of the industry profits and achieve cost and business synergies. The development of GIG Games is an important part of this strategy,” reads a brief statement from GIG.

In addition, Gaming Innovation Group (GIG) has devised a scheme to create an aggregator solution for the casino operators with a platform of their own.

The unique system will ensure an instant integration with an entire set of GIG’s third-party aggregator solutions.

Gaming Innovation Group is a fast-growing technology company, providing Performance Marketing and cutting-edge Cloud-based services via their 3 B2B products. The innovative high-tech business owns 7 B2C casino products, supplying games powered by some of the most renowned software developers in the casino and online sports betting industry.

GIG is listed on the Oslo Stock Exchange under the ticker symbol ‘GIG’ and it operates out of Malta. The company is founded in 2008 and employs more than 400 people. They have offices in Malta, Marbella, Gibraltar, Oslo, Kopenhagen, and Kristiand, serving more than 15 nationalities.