Get Ready for a Thrilling Month with Microgaming 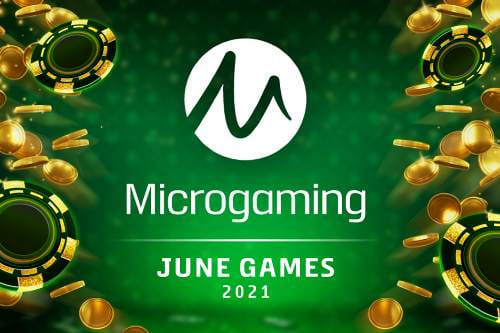 Microgaming has announced its lineup of games for June, and with a plethora of diverse content, players can look forward to an exciting month filled with plenty of excitement.

Both independent studios and content partners have prepared many thrilling new releases that will appeal to new players and seasoned veterans. A couple of them have already hit the market.

A Roller Coaster of Fun Awaits

Divine Diamonds is the second Northern Lights Gaming’s title to be launched on the supplier’s platform. The slot uses to EpicStrike mechanics, awarding up to 2,000 times the bet on every spin.

Maya U Max from Gong Gaming Technologies takes players to South America, while the game’s 248,832 ways in the Free Spins promise handsome payouts.

Just For The Win presents Odin’s Riches, a feature-rich game with four mini-features and seven bonus rounds on offer. It uses Rolling Reels and cluster pays, with prizes going up to 5,000 times your stage. Randomly-placed Odin’s Wilds in the Min Game further add to the excitement.

Temple of Medusa is a new title from All41 Studios. With spreading Wilds, Wild Scatters, and four Free Spins features available, the game promises to deliver lots of excitement. Add a Lucky Prize Draw to the mix to further boost the game’s win potential.

Following the successful launch of Hyper Strike in January, Gameburger Studios brings the sequel to this popular title. Hyper Gold comes with a wide selection of features, including the Link&Win mechanic.

A decade after the launch of the original game, Immortal Romance will receive a new version featuring the famous Mega Moolah progressive jackpot. Four jackpots are on offer, with the largest one seeding at €1 million.

Microgaming partners will add more new content to the company’s platform. Big Time Gaming launches Beef Lightning, an amusing title with a massive win potential. Dream Machine is the latest release from Golden Rock Studios, with Iron Dog Studio‘s Astro Newts Megaways brings up to 235,298 ways to win. Last but not least is Valhalla Gold from 2by2 Gaming.