Get Ready for Microgaming’s Burlesque by Dita 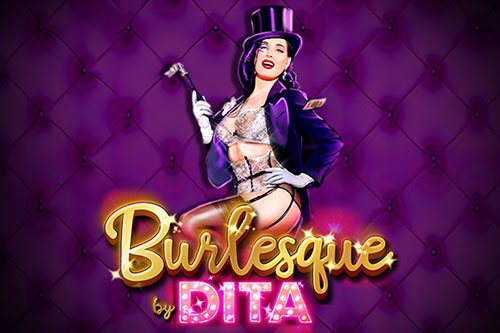 The leading supplier of online casino content, Microgaming, has just expanded its offering of high-quality games by launching a new exclusive title.

Designed by their partners from Eurostar Studios, in collaboration with Aurum Signature, the new Burlesque by Dita is a spectacular new release starring the famous dancer and model Dita Von Teese.

Looking Forward to an Action-Packed Release

Players can look forward to seeing her perform some of the most notable acts, while the Wild Pleasure feature heats up the atmosphere by turning up to five reels wild. Of course, the action doesn’t stop there, as three or more Scatters grants a VIP ticket to one of four available Free Spins bonus rounds. Each of the rounds takes place in a different setting, where you’ll have the chance to see Dita on the stage.

Dita will also perform her signature feather dance in the Queen of Burlesque round. Be on the lookout as the feathers can turn into 6x multipliers. The Moulin Rich will see random symbols transform into extra Wilds to deliver an unforgettable performance.

Can’t Wait to See It in Action

Commenting on the launch of the new game, Director of Games at Microgaming, Andrew Booth, said his company was delighted to work together with Eurostar Studios and Aurum Signature on creating such a fantastic slot. He also added they were looking forward to seeing it in action.

Tara Townsend from Eurostar Studios pointed out that collaborating with Microgaming, Aurum Signature, and Dita Von Teese was an unforgettable experience. She explained the new release boasted stunning visuals, thrilling features, and lots of action. Townsend also said that four Free Spins bonus rounds on offer would further add to the excitement.

We’re confident that the new Burlesque by Dita will deliver lots of chances to win. With prizes reaching 12,000 times the bet on every spin, we’re sure that all types of players will be looking to make the most out of this game. Add plenty of features to this beautiful mixture, and you have a game that will captivate players this summer.