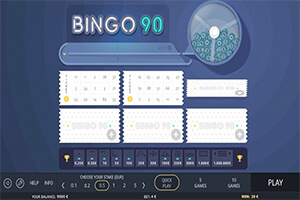 Glück Games, a German company which specialises in casual real-money games and lottery technology, will reveal a series of partnerships with third-party studios in the coming weeks.

This is a part of the Berlin-based company’s plan which includes releasing 100 games before the end of the year. The company has confirmed new partnerships with other game providers and distribution deals for third-party games.

Game Development Kit (GDK) and RGS-to-RGS integration are the solutions Glück Games uses to aggregate content and partners that do not have a full hardware and licensing infrastructure. The partners will be able to use these solutions to reach a broader audience.

Glück Games will take care of the developing the game engine, the RNG and certification, while the game developer’s focus will be on the front end.

All games offered on Glück Games’ partner’s RGS will be accessible to operators with a single integration.

“Our goal is to do for the lotto sector, what the likes of NYX, Quickfire and EveryMatrix do for online casino games”, said Robert Lenzhofer, chief executive of Glück Games.

The company has one of the largest portfolios of interactive scratch cards, instant win and instant lotto games in the market.

“We have a rapidly growing range of operator partners across Europe and, soon, other regions”, Lenzhofer added.

Glück Games has already partnered with Inchinn, Robots and Lasers, Sideplay Games and Lotto Interactive, which has yielded great results. The planned aggregation will lead to a rapidly-growing player audience reach for third-party studios.