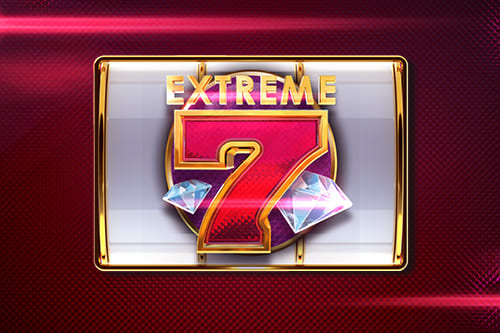 Green Jade Games entered the business of creating online slot games with two main goals: to revolutionise the industry by giving it its distinctive touch and to produce games that will stand out in the market.

The company has quickly managed to make a name for itself, joining forces with the leading names in the segment, such as LeoVegas.

Thanks to its latest move, the developer will attract the attention of slot fans around the world.

A Classic Look with a Fantastic Twist

Extreme 7 has another, even more exciting characteristic. It is the game with the highest Return to Payer (RTP) available in the online gambling industry. That’s sure to appeal to many punters out there.

But what exactly does Extreme 7 have to offer?

This fast-paced release targets all those players who like classic-themed slots that are primarily focused on gameplay and non-stop action. That’s why the game offers no bonuses, just staggering wins!

No Hassle, No Bonuses, Only Payouts!

Extreme 7 is played on a three-reel grid, populated with such classic symbols as BARs, diamonds and lucky sevens. The video slot has a total of five active lines to play on and an RTP averaging at a fantastic 99%! For those casinos that don’t have an appetite for risk, the game is available in variants with RTPs of 93% and 96%.

Since there are no bonuses on offer, the Main Game provides the opportunity for really fantastic payouts. With a total of six symbols available, getting at least three matching ones won’t be so hard. When it comes to prizes you can claim, the maximum one is worth 1,500 times the bet.

There are some modern functionalities, though, such as the Auto Play option, or the possibility to change the coin value or to place the maximum available wager. If you enjoy playing your slots on the go, you can take Extreme 7 with you, as the new release can be played across all platforms.

Green Jade Games advises players to be careful when playing the game, as both payouts and losses can come very quickly. Still, we can understand the excitement that a release with such an RTP can bring. Are you feeling lucky? You should give it a go as soon as possible.