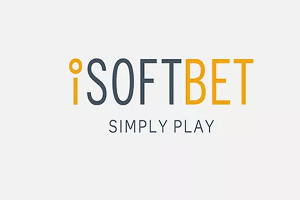 One of the leading casino games developers, iSoftBet, is set to enter the iGaming market in Latvia and Estonia, thus strengthening its position in Eastern Europe. Their blockbuster slots will now be available via the Optibet website, since they inked a deal with Nordic Leisure’s Optibet brand.

The abovementioned partnership will allow iSoftBet to roll out 35 of their original and branded slots, including Eye of the Amulet, Paranormal Activity, Disco Double and many others. This move follows the recent entry into Africa and Latin America secured by a partnership with gaming platform provider BtoBet signed last month.

Quinel M Limited, a third-party auditor, has conducted a rigorous test of each game before the branded slots were approved by each market regulator. Since all the necessary approvals and certifications are now in the bag, the hyper-productive developer born in UK can launch all 35 of their branded and original video slots via the Optibet website, which welcomes all gamers from Latvia and Estonia.

According to Michael Probert, Head of Business Development at iSoftBet, his company will not stop there, since their plan is to make iSoftBet slots available with much more operators in the region. Probert stated that they were delighted with the fact that their video slots had been certified and approved for launch in these two countries, since their plan is to further expand their business in Eastern Europe.

ISoftBet Offers Around 400 Games in Their Portfolio

ISoftBet appeared in the iGaming industry in 2010, and before that they were known as Fast-CPU Gaming. The software development company was born in UK and it offers around 400 games, including video slots, classic slots, table games, Video Pokers, Bingo, Lottery and other casino games.

Since we are talking about video slots, iSoftBet is probably best known for their branded content based on popular TV and film products. Be sure to check out Platoon, 24, or Basic Instinct, but also Slammin’7s, Skulls of Legend, Ninja Chef and Mega Boy.