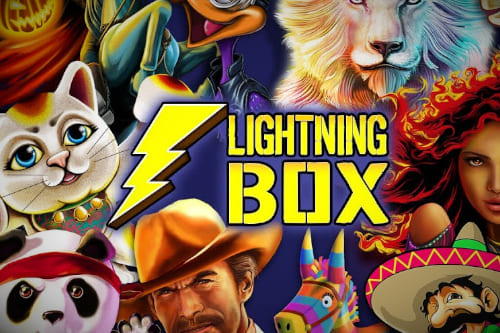 Australian maker of online casino games Lightning Box has recently expanded its presence in the US by entering Pennsylvania’s online gaming market.

Respin Rhino and Lightning Horseman should appeal to slot fans across the Keystone State, and have already been made available to operators doing business in Pennsylvania.

But that’s not all, as Lightning Box plans to launch more new games in the coming period, to make the most out of its partnership deal with Scientific Games.

The renowned gaming studio has been present in the US since 2015 when it launched its slots in New Jersey. In addition to the US, Lightning Box also offers its portfolio to players in parts of Canada, thanks to deals with British Columbia Lottery Corporation and Loto Quebec.

A couple of months ago, the developer made another critical move in the US market, after inking a deal with Ruby Seven Studios, a social gaming company operating from Reno, Nevada. The agreement should allow Lightning Box to reach a wider audience of customers across several states.

Looking Forward to Seeing the Games in Action

Speaking about the latest move, Peter Causley, CEO at Lightning Box, said the company was looking forward to seeing its games in action.

He pointed out they were delighted to see their content reach new customers in the lucrative markets across the US, and added he couldn’t wait to see the results.

Causley also said the integration with Open Gaming platform would provide the studios with the optimal position to enter new markets and expand their customer base even further.

Dylan Slanley from Scientific Games added they were delighted to help the studio enter the Keystone State. Slanley explained that Lightning Box’s offering of games had achieved excellent results in New Jersey, and added the company’s games should repeat their performance in Pennsylvania.

Scientific Games’ Open Gaming System has become the crucial part of Lightning Box’s expansion across the States, as its games continue to attract more and more punters.

Since in inception in 2004, Lightning Box has been creating innovative content for the online gambling industry, offering its titles to some of the leading suppliers in the business, including Microgaming, High5Casino and Scientific Games.