Lots of New Releases Coming to Microgaming Casinos This Month 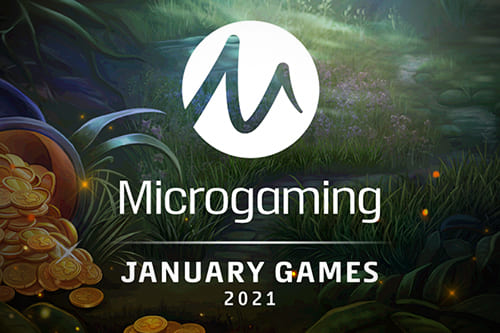 Microgaming has prepared lots of thrilling new titles to kick off the new year.

Players can look forward to a rollercoaster of excitement this January, with leprechaun detectives on the reels, accompanied by bounty hunters and giant gorillas.

Shamrock Holmes Megaways was the first new title to hit the market this year. Developed by All41 Studios, the game went live on January 5. The highly volatile slot is packed with features such as the Magic Forest Respin, Rolling Reels and the Free Spins. The bonus round comes with multipliers and has a huge win potential.

The next game to be released in 2021 is The Bounty. Snowborn Games have exclusively created this Spaghetti Western adventure. Once the reels start spinning, players will become bounty hunters tracking down bad guys. The Free Spins round comes with lucrative win multipliers while collecting wanted posters awards the jackpot. In addition to mesmerising visuals, The Bounty boasts a cool soundtrack.

Foxpot is a three-reel title with only a single payline. The game is developed by Foxium and features the Fox Wheel. The main wheel includes three other bonus wheels: the Money Award, the respin mode and the multiplier. The Money Award Wheel is the most lucrative one, as it contains one of three jackpots (Mini, Midi, FoxPot), worth up to 10,000 the bet.

Looking Forward to Seeing Them in Action

Northern Lights Gaming will launch its debut Microgaming slot on January 14. Titled Golden Stallion Ultraways, the game comes with split reel positions that offer double and quad symbols. There are up to 196,608 Ultraways available, and a brand-new feature called the Golden Sequence. The high variance title delivers unlimited free spins.

Hyper Strike goes live five days later. Played on a five-by-three reel set, the Gameburger Studios’ slot is all about Scatters. They can land anywhere, paying up to 2,000 times the bet along the way. The Free Spins round allows punters to claim up to thirty spins and win handsome cash prizes.

A video bingo game Pachinko will be added to Microgaming’s portfolio on January 20. The version created by Neko Games promises plenty of excitement and lots of neat payouts.

Forgotten Island Megaways is another game developed by All41 Studios and will be released on January 26. The list of features includes Rolling Reels, extra reels and Kong Spin. When activated, the latter adds a multiplier to each of the Rolling Reels. The use of Megaways mechanic can create thousands of ways to win.

Some of the new partner content heading our way includes Whisker Jones, Bondi Break, 777 Mega Deluxe, Animals of Africa and Roulette x5. It may be cold outside, but it’s going to get hot on the reels this month.