Microgaming Adds More Thrilling Games to Its Portfolio in May 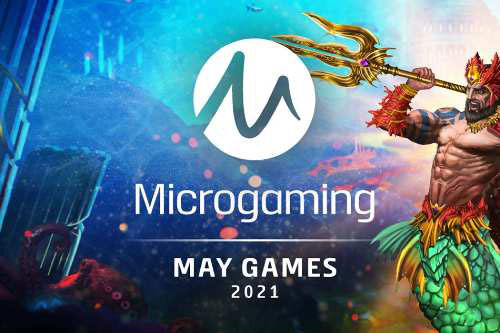 May is a beautiful part of the year, and Microgaming has done its best to make it even better by launching a number of new releases, which are sure to become an essential part of the company’s portfolio.

Some of these games have already hit the market, while others will join them soon. All of them bring lots of excitement and promise to deliver an immersive and entertaining playing experience.

From the African Heat to Ocean Depths

Just For The Win launched the new slot titled Serengeti Gold. This colourful release takes players to the famous African plane, where lions, rhinos, elephants, leopards, and buffalos award exciting features, including Static Jackpots and a Free Spins bonus round with multipliers. With a bit of luck, slot lovers can claim wins worth up to 2,500 times their bet.

Alchemy Gaming is taking us to Arabia in 10,000 Wishes. This beautifully-designed game also brings handsome rewards. The Wheel Bonus offers payouts of up to 10,000 times the stake, while Power Spins feature four fixed jackpots, whose main prize is also set at 10,000 the bet.

If that is too hot for you, SpinPlay Games will help you cool down by taking you underwater. As its name suggests, Atlantis Rising draws its inspiration from the legend of the sunken city. Featurewise, players can benefit from Wild Blasts, Rising Wilds, and Free Spins.

We’re going to see two new Megaways slots in May. The first one is Joyful Joker Megaways from All41 Studios, which combines classic slot symbols with the popular mechanic. The second one is developed by Triple Edge Studios. Titled Ancient Fortunes: Poseidon Megaways, this game brings up to 117,645 ways to win and Rolling Reels.

Mega Moolah Goddess is a remake of a proven Egyptian-themed hit, this time connected to the cult progressive jackpot network.

The industry’s most popular progressive jackpot recently made the headlines after paying out a stunning €19.4 million, setting a new record in the process.

Gold Coin Studios will launch its first title for Microgaming later this month. Silver Seas is an exciting pirate-themed adventure, with prizes reaching 2,000 times the stake. There’s also a Free Spins Wheel where players can claim up to thirty spins and get a hefty 3x multiplier.

Several new games from Microgaming’s content partners are set to go live during May.