Microgaming Invites Players to a Whole Month of Excitement This March 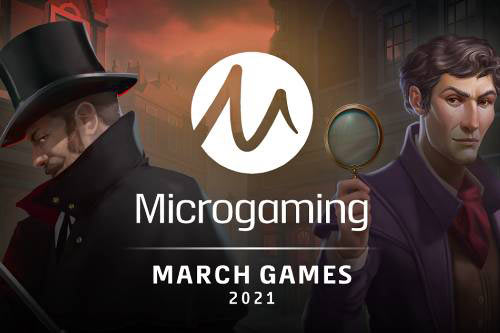 The leading developer of online casino content, Microgaming, has announced a broad offering of new titles ready to hit the market this March.

Slot fans can look forward to seeing a myriad of diverse themes, thrilling features, and innovative mechanics in action. No matter what you like, you’re sure to find a game to enjoy.

The fun kicks off with Emerald Gold, developed exclusively for Microgaming by Just For The Win. The highly volatile release with 40 paylines will see players collect golden clovers to claim cash prizes.

SpinPlay Games will launch Amazing Link: Zeus, a thrilling new title boasting the Amazing Link feature. But that’s not all, as there are three fixed jackpots on offer. The largest one, known as the Mega jackpot, is worth 5,000 times the bet.

Fire Forge is the next slot to be added to the renowned developer’s portfolio. This dark fantasy game from Stormcraft Studios is set in a distant magical world. Boasting high variance, the game comes with 243 ways to win and lots of exciting features. Players can benefit from Rolling Reels, a free spins multiplier trail, and a massive Gold jackpot reaching 50,000 times the stake.

Just For The Win is the studio behind the Sherlock and Moriarty Wowpot slot. As the name suggests, this game features the popular Wowpot progressive jackpot. The coveted prize comes with a starting seed of €2 million! Featurewise, you can look forward to Mystery symbols, Mystery respins, and many other potentially very lucrative functionalities.