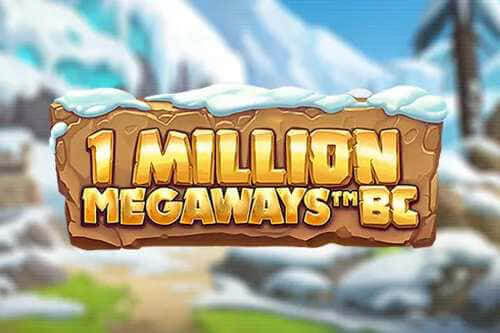 The leading developer of online casino content Microgaming has announced the launch of its latest release, developed together with their partners at Iron Dog Studio.

Titled 1 Million Megaways BC, the most recent addition to the developer’s portfolio is the first Megaways video slot offering more than a million different ways to win.

An Exciting Journey Back in Time

As its name suggests, the new game is set in the Ice Age. The environment is harsh, but it has a huge winning potential since there are up to 1,058,841 ways to claim a win.

The Main Game allows players to increase the multiplier up to 8x. This is done using winning tumbles while getting four of them in a row activates the Free Spins round where the maximum prize is set at 1,500 times the bet.

The Free Spins feature adds another reel to the grid, called the Mammoth Reel, which can expand to a height of nine symbols. Once the bonus round is unlocked, another familiar feature will also be activated. The Lock-It Reels system will keep the reels locked when they expand to their maximum height.

If both the Mammoth Reel and the Lock-It system are active at the same time, all 1,058,841 ways to win are available, with punters able to win payouts worth 45,000 times the stake.

This should be an extremely exciting period for slot aficionados, as Microgaming has prepared a number of new launches.

Three new games are set to join the company’s progressive jackpot network, the largest one in the industry, giving punters even more chances to scoop staggering prizes.

Later this month, Stormcraft Studios’ Fortinium Gold: Mega Moolah will hit the market, while African Legends, the game developed by Slingshot Studios is scheduled to go live in October.