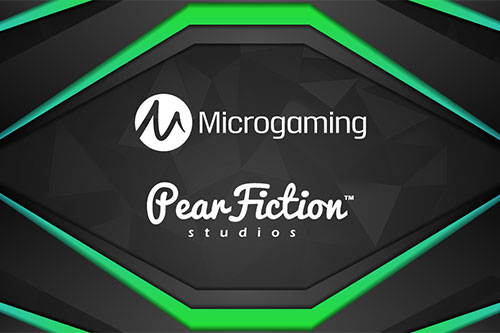 Microgaming has signed a new partnership agreement with PearFiction Studios. Under the provisions of the new deal, the Canadian producer of online casino games will exclusively create exciting content for Microgaming’s platform.

The two sides have also announced the launch of their first new game, scheduled to hit the market on February 4.

Looking Forward to the New Launch

Titled Chicago Gold, the upcoming game is a highly volatile mobster-themed slot. It will have forty paylines, while the list of features will include respins and a Free Spins bonus round. It will also be the first PearFiction Studios’ major game to be made available on the Microgaming network.

The next slot in line to join the Microgaming network is Blazing Mammoth, an exciting release that will take players on an epic prehistoric adventure.

Commenting on the new partnership agreement, Thierry Semoff, CEO at PearFiction Studios said his company was proud to join forces with such a reputable name in the gaming world. He pointed out the new deal would transform his studio, and added they were all looking forward to new projects.

On the other hand, Andrew Booth from Microgaming stated their customers would benefit from technical innovations and game performance offered by the Montreal-based studio.

Not Their First Partnership

Two sides have already worked together, launching a music-themed slot titled The Smashing Biscuits. The game was a hit and paved the way for their future relationship.

PearFiction Studios was founded in Montreal, in 2014. Since them, the company have been creating innovative casino content by combining distinctive mathematics, story, art, humour and commitment to responsible gambling.

In early 2020, the studio joined the RNG Foundry gaming accelerator, which has close ties to Microgaming.

Microgaming has kicked off the new year very productively, partnering with PearFiction and launching several new releases in January.