Microgaming Prepares an Exciting Lineup of Products for December 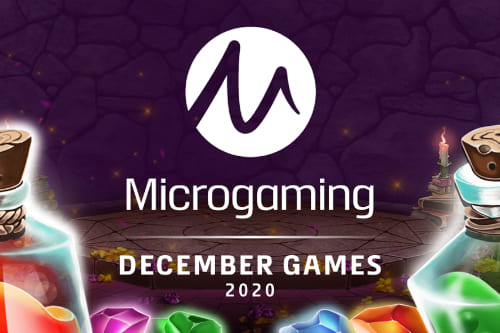 December is upon us, with Microgaming preparing a plethora of exciting releases, ready to offer players brand-new experiences.

The leading name in the business of creating online casino content has made sure its fans and partners get an early holiday present.

Lush jungles, adventures set in the thrilling world of espionage, and fresh poker content is just a small portion of what Microgaming has in store for us this December.

What a Way to Start the Month

The first on the list of titles prepared for December hit the market on the very first day of the month. Microgaming’s partners at All41 Studios launched Alchemy Fortunes, a game that will take punters to a world of arts and mystery.

Diamond King Jackpots joined Microgaming’s portfolio on December 3. Created as part of the deal with SpinPlay Games, this slot brings a safari experience filled with numerous chances of winning. Featurewise, there are Power Range multiplier Wilds and the Free Spins bonus round.

The next game to be launched by Microgaming is Assassin Moon, developed exclusively for the renowned developer by Triple Edge Studios. The main protagonist is a woman named Luna, a mysterious assassin, who can help punters get six or more Hyperhold symbols during both the Main Game and the Free Spins bonus round. Get fifteen of these icons to receive the Mega jackpot, worth 5,000 times the stake. Once the Free Spins bonus round starts, three-by-three jumbo symbols can lead to rewarding payouts.

Just For The Win is the studio behind the Silverback Multiplier Mountain slot, scheduled to go live on December 15. This highly volatile experience will take players to the Multiplier Mountain, where every win increases the multiplier and awards an additional spin.

But that’s not all, as Microgaming will launch its new poker offering this month. The Hold’Em Poker Sit & Go tournament will be the first product to debut, bringing a randomly-awarded prize pool wheel and a progressive prize starting at €25,000.

The launch of Hold’Em Poker represents the start of a new poker chapter for the company after it closed its poker network earlier this year. Optimised for mobile, the new product should appeal to both fans of poker and casino, and will soon be accompanied by a number of new products.