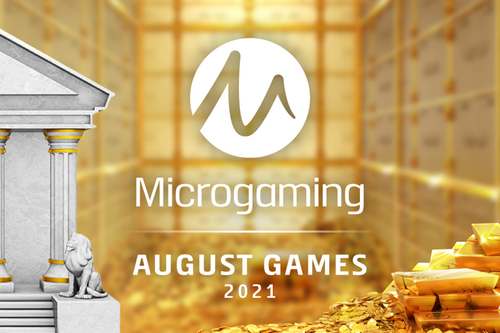 Online slot enthusiasts can look forward to a month filled with action, as Microgaming has prepared a thrilling lineup of new releases.

Operators and their players are in for a plethora of entertaining features and mechanics designed to further add to the excitement.

Microgaming started the month with the launch of an Egypt-themed slot titled Scarab Kingdom. Developed by Just For The Win, the release comes with expanding Wilds, Free Spins bonus round and the unique Cleo’s Bonus feature.

Looking Forward to Lots of Excitement

The latest release from Slingshot Studios hit the market on August 10, introducing the brand-new Power Stacks mechanic. Titled Game of Thrones Power Stacks, the a will see fans of the popular TV series join their favourite characters as they battle for the Iron Throne.

Book of Captain Silver from All41 Studios is scheduled to go live on August 16. Players will benefit from expanding symbols, Free Spins, and prizes of up to 10,000 the stake on every spin. On top of that, four fixed jackpots are waiting to be won.

Alchemy Gaming will be launching Africa X UP on August 17. In addition to stunning graphics, the game will debut the new X UP feature. There’s also a possibility to pay for the Free Spins bonus round.

On August 19, Microgaming will launch Ancient Fortunes: Poseidon WowPot Megaways, its first title to combine the popular Megaways mechanics with a progressive jackpot prize. Crafted by Triple Edge Studios, the slot comes with Rolling Reels and offers up to 117,645 ways to win. Featurewise, there are unlimited multipliers, volcano retriggers and a Free Spins round.

Break da Bank Again Megaways is another new game to feature Big Time Gaming’s mechanic. Set to be launched on August 24, it will also offer Rolling Reels, a bonus round with an infinite multiplier, and the option to purchase features. It’s all about the Free Spins, where every win increases the multiplier.

Last but not least is Amazing Link Apollo. The game will go live on August 31, taking players to Olympus. The Amazing Link mechanic comes with a Free Spins bonus round and four jackpots.

The renowned developer will also add new table games to its offering, including Real Roulette with Rishi.