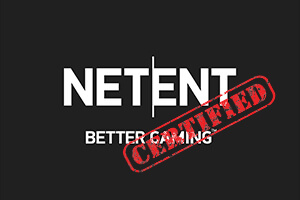 Swedish software developer NetEnt has announced that their games are available with two online gaming operators in Switzerland. If followed after the company has been awarded the new global certification. Stay with us to learn more about it.

In a press release, NetEnt announced that they had been granted the global standard ISO 27001 certification that allowed them to enter the regulated online gaming market in Switzerland.

The ISO 27001 certification was an important acknowledgement for the company as the result of dedicated and hard work from their team, said Managing Director of NetEnt Malta Henrik Fagerlund.

“We pride ourselves on being a reliable, trustworthy and secure partner to customers and players,” added he.

The certification enables NetEnt to unlock entry to new regulated markets and WLA procurements, which was not possible before it. After going live with two operators in Switzerland, they are on track to launch their games with several other online casinos in this country in the months to come.

“We are very pleased to take this step into the Swiss market and look forward to launching our award-winning games with even more operators soon,” said Fagerlund adding that they continued to deliver on their strategy to grow by strengthening their position in regulated markets.

With Red Tiger Gaming also offering their solutions to markets where the ISO 27001 certification is required, the NetEnt group have announced that they can present its full portfolio of products to similar markets.