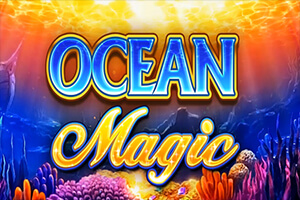 A group of advantage gamblers, who had succeeded in making almost a million dollars in less than a week playing a casino slot game called Ocean Magic, is currently fighting against the New Jersey online casinos, which are reluctant to pay them out.

Ocean Magic is famous among the advantage players for its easy to spot opportunities: if you start playing when the Wild Bubbles are specifically positioned on the screen, you will with certainty win. However, with limited stakes for playing the game in conventional casinos, a high roller usually does not consider playing it is worth the effort.

Around $900,000 in Winnings, Game Removed from Casinos

In January this year, an advantage player, calling himself Jay, discovered that in the legal online casinos of New Jersey the game can be played at high stakes of up to $3,000 compared to $500 per spin in Las Vegas. He made a thorough research on the principles of the game and the odds of winning. According to his findings, once the position of the shapes on the screen is right, from one account on each of 13 casino sites a sum of around $80,000 to $100,000 can be won.

Jay developed a plan to win as much as possible in a short period of time. In order to provide more deposit money and player accounts, he reached out to his fellow gamblers and formed a group of around 10 people. On 29 January, they started playing the game on all of the 13 sites. His plan was successful – in spite of some losses, in no more than one week the group reached winnings of around $900,000 in total.

Then, suddenly, the online casinos started removing the game. Between 2 and 7 February, it was gone from all of the sites. The players stated that they did not find this very surprising. Some of them even expected it to happen sooner. What was a shock, however, was the fact that the casinos also stopped releasing the money that was already won. Up to that point, Jay’s group had successfully collected almost half of their winnings, but around $500,000 dollars was still left in the possession of the casinos.

The players contacted the casino sites and reached out to the media. However, the casinos, as well as International Game Technology (IGT), the developer of Ocean Magic, refused to give any statement about the matter. Even the New Jersey Division of Gaming Enforcement (DGE) could not be reached.

Nevertheless, after 12 February, the casinos started releasing the money, all of them remaining quiet about the reasons for the procrastination. By 20 February, only 3 out of 13 casinos still denied the payout.

It is yet to be seen whether the players will succeed in collecting the rest of their winnings. Jay and his friends are determined in their fight, backed up by their lawyers. They are still hoping for an intervention of the DGE, confident that they had not broken any law and that there is no legal justification for not paying them out. Since in New Jersey gambling is legally regulated, they have reasons to be hopeful about the outcome.