Play’n GO Adds The Shimmering Woods to Its Portfolio 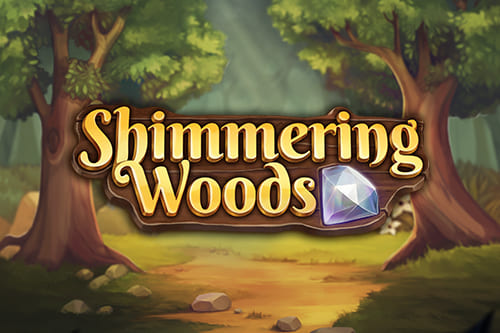 The leading developer of online slots, Play’n GO, has recently added a new game to its lineup of high-quality releases.

Titled The Shimmering Woods, the fresh launch comes with a dynamic and entertaining game mechanic designed to deliver an entirely new playing experience, filled with exciting features and shiny diamonds.

Play’n GO is known for its bravery to explore themes and use new mechanics and formats, like cascading grid slots, which have become very popular among slot lovers of all ages. Even when utilising common themes, such as Ancient Egypt or Nordic mythology, developers at Play’n GO make sure their games stand out in the very competitive market.

Take slots like Frozen Gems and Coil Cash, for example, which feature the standard mechanic but still managed to bring a breath of fresh air to the segment.

The Shimmering Woods comes with a standard grid consisting of five reels and three rows. On it, you’ll encounter splitting symbols, which increase the number of payways on the grid. The splitting symbol is chosen before a spin, and all instances that appear on the reel will immediately get split. Using this mechanic, the number of payways ranges from a starting 243 up to the maximum of 7,776!

Players Can Look Forward to a New Experience

A progressive free spins feature further adds to the excitement. It offers players the chance to use multiple splitting symbols and retrigger the feature.