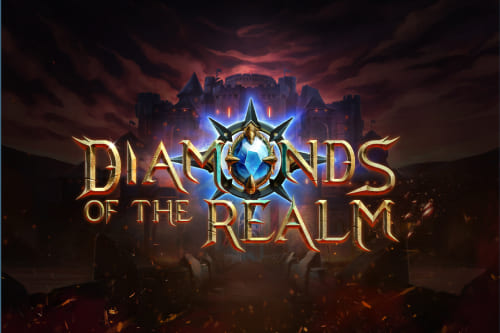 Play’n GO has recently expanded its offering of slot games by launching a new release inspired by the Arthurian legend.

Titled Diamonds of the Realm, the game takes players to Camelot, where they’ll have the chance to enjoy a wide variety of potentially very lucrative features.

Once the reels start spinning, slot lovers will travel back in time. The jewels of Queen Guinevere have been stolen by two thieves Mordred and Morgan, and you’ll have to join King Arthur on his quest to find and return them.

The new title boasts advanced sound features whose goal is to create an immersive playing experience and bring the world of Camelot closer to players. The soundtrack gives a whole new dimension to the game, while each symbol has a distinctive sound to enhance the gameplay further.

Play’n GO has lots of features to keep its players entertained while the reels spin. First of all, there’s a win multiplier applied to every winning combination. You never know what you’ll get, and with a bit of luck, you can claim payouts reaching 100 times your prize.

Lots of Features to Benefit From

Landing three or more diamond symbols anywhere on the reels activates the extra spins round. You’ll love this feature, especially as it has the potential to award prizes of up to 20,000 times your bet. Collecting more diamonds adds more spins to the count and increases your chances of claiming colossal cash payouts.

You’ll also be able to earn a multiplier when triggering the round. Depending on the number of symbols used to do so, you get a multiplier of 2x, 5x, 10x, or 100x.

Commenting on the launch of the new slot, Charlotte Miliziano, Head of Games at Play’n GO, said the company’s developers had outdone themselves. She added it was necessary to continue implementing innovations when working on a series.

The new medieval adventure is waiting for you at any online casino powered by Play’n GO.