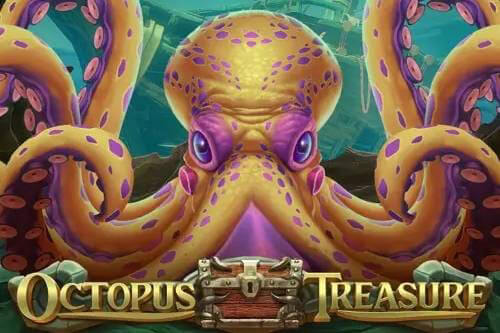 One of the leading developers on online casino content, Play’n GO, has recently released the latest addition to the company’s extensive portfolio of video slot games.

Say hello to Octopus Treasure, a game filled with exciting features that promise a fast-paced playing experience and lots of fun for its players.

Looking Forward to a Thrilling Launch

This has been an excellent week for the renowned slot maker. The company was awarded their third win in a row at the Starlet Awards, only a couple of days after Play’n GO launched the new Golden Ticket 2 slot, a sequel to the popular 2014 release.

After being named Mobile Supplier of the Year for the third consecutive year, Play’n GO has cemented its reputation as one of the top suppliers of high-quality games.

Bearing all this in mind, it comes as no surprise that players have great expectations from the new game.

Octopus Treasure should become a valuable addition to any casino offering. The game boasts beautiful design and engaging gameplay, which reminds of traditional land-based games. According to Play’n GO, fans of action-heavy games are sure to enjoy the fresh launch.

Chief Product Officer at Play’n GO, Martin Zettergren, was delighted with the studio’s recent win and was looking forward to seeing the new slot in action.

He explained it was a great achievement to once again receive such a prestigious award, especially as this was their third win in a row. Zattergren said it showed Play’n GO was fulfilling their goal: creating immersive and quality content for the gambling industry.

Speaking about the new game, he stated Octopus Treasure was a simple game with fantastic features and added that players would be given the chance to have an unforgettable experience.

You can visit any online casino powered by Play’n GO and give the new Octopus Treasure slot a go.