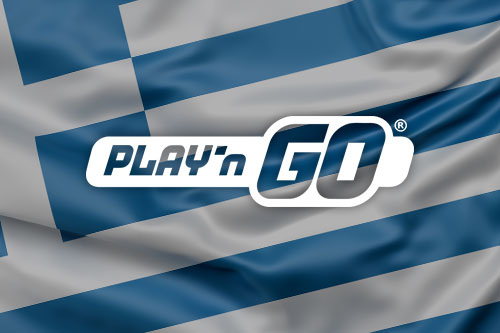 Play’n GO has secured a license from the Greek gambling regulator. It will enable the renowned developer of online casino games to continue offering its content to players in this country.

Following the adoption of the amendments to the existing Greek gambling legislation, the authorities began awarding new licenses to interested parties. The recent changes to the online gambling regulations should help the market grow further.

Under the provisions of the new regulations, online slot players won’t be able to wager more than €2 per spin and will have to wait for at least three seconds before hitting the Spin button. Probably the most crucial change is the introduction of the maximum prize a slot can deliver, which is capped at €70,000 per session.

Play’n GO has been producing online slots since 2005 and was one of the first developers of casino content to recognise the potential of mobile gaming. The company’s decision to embrace it revolutionised the modern gambling industry.

In addition to holding a Greek license, Play’n GO is licensed and regulated by the UK Gambling Commission, the Malta Gaming Authority, the Romanian National Gambling Office, and the Belgian Gaming Commission. The company is also certified in several other jurisdictions.

The Importance of Compliance

Commenting on the latest move, Magnus Olsson from Play’n GO pointed out the importance of regulatory changes in the global gaming industry. He added that his side was ready to work closely with its Greek partners to ensure their operations adhere to the new regulations.

Olsson also stated that Play’n GO’s made sure all of its partners would be able to benefit from the immersive and entertaining content ready for their customers to enjoy from the first moment they hit the market.

Play’n GO is among the first providers to get the new license from the Hellenic Gaming Commission. Thanks to this, players in Greece will be able to enjoy the company’s extensive portfolio of slot games, including the hit titles such as Rich Wilde & The Amulet of the Dead and The Green Knight.