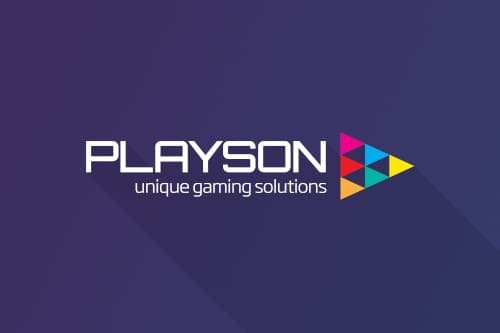 One of the leading developers of online casino content, Playson has announced the launch of the upgraded version of its Free Spins feature.

Very popular among the players, this special feature allows them to enjoy extra rounds of exciting gameplay when playing any game from the developer’s extensive portfolio of video slots.

An Excellent Addition to the Offering

Playson’s Free Spins feature can be fully customized to meet the demands of the company’s partners. This way, they can reach the ultimate goal of every operator: to significantly increase customer retention.

The upgraded features can be added to any of the games developed by Playson, regardless of the size of the wager. It can also be launched with any currency, while operators can set a termination period by themselves.

Playson has also improved the feature’s user interface in order to boost the experience it offers. The updated back-office functionality now allows operators to easily customize the properties of the feature. All the changes made are a part of the company’s strategy to further cement its market positions.

At this moment, Playson has an extensive portfolio consisting of more than 65 video slot games. With offices in the UK, Malta, Greece and Ukraine, the renowned developer is present in over seventeen regulated markets and holds licenses from the UK Gambling Commission and the Malta Gaming Authority.

Speaking about the recent upgrades, Head of Product at Playson, Vsevolod Lapin, pointed out the company’s engagement tools were tailor-made for their partners. He added that all the tools were aimed at increasing player retention and emphasized the latest update would make them even more effective.

According to him, adding new upgrades to the existing product lineup is a fantastic way of helping their partners increase the market footprint.

Playson has been very busy recently, signing a number of partnership deals with some of the leading names in the online gambling business, which should help them increase their presence in regulated markets across the globe.

Last month, Playson inked a deal with Alea, the company that operates the first real-money VR casino in the world, SlotsMillion. Under the provisions of this agreement, Playson will make its titles available on Alea’s platform. The developer also teamed up with Novibet in a deal that should help the operator significantly increase its presence in the UK and Greece.