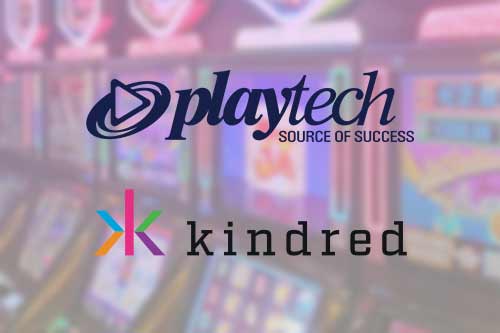 Playtech has announced the signing of a partnership agreement with online gambling and betting operator Kindred.

Under the provisions of the new deal, Playtech will launch its portfolio of RNG products across brands owned and operated by Kindred, including Unibet. The two sides have already made Playtech’s content available with Unibet.uk and Unibet.com websites.

Reaching a New Audience of Players

Playtech’s casino offering will later reach more players in markets such as Sweden, Romania, and Belgium. Customers across all Kindred’s brands will be able to enjoy a wide selection of Playtech releases, including both new and classic titles.

The list of available slots will include such proven hits as the Age of the Gods series, the Fire Blaze Jackpot suite, and games developed by Playtech’s partners at Quickspin, Origins, Ash, Rarestone, and Vikings.

Kindred is another big name to have joined forces with Playtech over the last couple of months. In February, Playtech signed a supply agreement with 888casino, a popular online gambling brand owned by 888 Holdings.

Last year, Playtech partnered with bet365 to enter the US market. Following this move, the developer of online casino content offered its range of products to New Jersey customers.

A New Level of Entertainment

Commenting on the latest deal, David Robertson from Kindred said that Playtech’s content would provide a new level of entertainment to the brand’s customers.

He added he was looking forward to working with Playtech and further developing the new partnership in the coming years.

On the other hand, Shimon Akad, Chief Operating Officer at Playtech, explained the new partnership demonstrated the strength of his company’s casino offering. Akad pointed out that Playtech was committed to bringing its content growing online gambling markets.

According to Playtech’s latest financial report, the company ended 2020 with a 25% drop in revenue. In the coming years, Playtech will be focused on the US and Latin America to maximize growth opportunities.