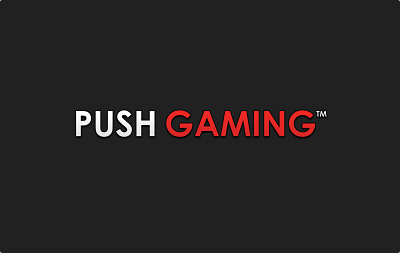 London-based developer Push Gaming has made news with the announcement of an agreement made with the Jackpotjoy Group, an industry giant offering bingo and casino games through Jackpotjoy, Starspins, Botemania, Vera & John, Costa Bingo, InterCasino and other brands. The group is bound to benefit from the developer’s unique range of mobile-focused games, while Push Gaming continues with the consistent implementation of the strategy which ensures their games achieve worldwide distribution. Having been licensed by some of the biggest names in the industry, Push Gaming titles such as Gems of the Gods, Peter and the Lost Boys and Meet the Meerkats will now also feature at Vera & John and Inter Casino.

James Marshall, the managing director of Push Gaming says: “We’re very pleased to be working with another market leader in the Jackpotjoy Group. We’re seeing great results from our product strategy, with innovative gameplay and user experience on mobile devices. We’re confident our games will excite and entertain players across the Jackpotjoy brands.”

Push Gaming is a game developer specializing in premium, modern and innovative HTML5 games designed for mobile, or as they themselves describe them – “mobile games that push the boundaries”. The company was founded in 2010 and has since been attracting players with products featuring stunning art and unique features.

Their first licensed game was released in 2012 with the Gala Coral Group. The same year platform partnerships were formed with Playtech, Microgaming and Openbet and launches were made with major operators such as William Hill and Rank Interactive. In 2013 the company has started to produce their own HTML5 games and have partnered up with Unibet to develop games on an exclusive basis. New platform partnership was formed in 2015 with Relax Gaming, and a year later Push Gaming products have made it to Leo Vegas.

The year 2016 was marked by multiple game launches, Humpty Dumpty being first to go live and  Meet the Meerkats and Peter and the Lost Boys following close behind. Soon after Gems of the Gods, designed specifically for mobile portrait mode, went live at Unibet, LeoVegas, and others. Powerforce Heroes and Powerforce Villains were next launched exclusively with Betsson Group, both linked to two tiers of progressive jackpots.

Commenting on the agreement made with Push Gaming, Victor Olinger, head of gaming at Jackpotjoy Group said: “Push Gaming are producing some fantastic games, and we’re particularly impressed with their approach to mobile. We look forward to working with Push Gaming and offering their range of games and features to our players”.