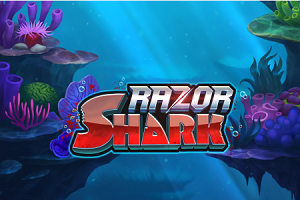 Be aware when you enter the depths of the ocean these days, especially if you are somewhere close to Casumo Casino, because the Push Gaming’s latest release is coming your way and it has extremely sharp teeth. A sharp-toothed Wild Shark has been released into the waters of Casumo Casino and will remain there until 3rd September.

What to expect from Razor Shark

Razor Shark is a five-reel, 20-payline video slot that is packed with additional features. Playable from £0.10 per spin, the 2019 release boasts cartoonish graphics and a fitting soundtrack. With a coral reef in the background, symbols that populate the reels are Oxygen Tanks, Flippers, Swimming Masks and Underwater Cameras. You will need this equipment if you want to see the Great White Shark, which is the Wild that substitutes for all regular symbols.

When it comes to special features, there are plenty of them to go around. The Mystery Stack feature will add mystery stacks of 4 symbols on the reels and when it lands, the Nudge and Reveal feature will be triggered. The mystery stack will open and reveal winning symbols or the Golden Shark symbol, which is the highest-paying regular symbol. Finally, you have the Razor Reveal feature, which will spin each of the mystery stack symbol to reveal coins and win multipliers.

Huge Wins on the Offer

The Free Games feature is triggered once three or more Sea Mine Scatters appear on the reels. During the feature, for each additional Scatter landed, gamers will get one extra freebie. That is not all, because you can also trigger the Razor Reveal feature during free spins. Finally, all wins in the Free Games feature will be multiplied.

If you are looking for a perfect underwater adventure that can provide hefty payouts, then we advise you to visit Casumo Casino, because here you can play Razor Shark exclusively until 3rd September.