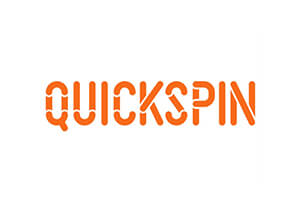 Swedish game studio and a member of Playtech Group, Quickspin, has announced the launch of its latest promotional tool called Achievements Races.

The new tool is designed to offer an enhanced gaming experience and help operators to maximise player retention.

Achievements Races is a part of Quickspin’s Achievement Engine, a ground-breaking gamification module launched back in April with the sole purpose of offering players a more fun and rewarding experience using six unique game events that take place in all the supplier’s video slots.

The launch of the Achievement Races will enable players to achieve their rewards up to four times quicker than before, with a wide variety of prizes at hand along with a more engaging experience.

According to Quickspin, the new tool will be available to players starting from January 2018. The developer also announced the toll would be integrated into some of the company’s most popular titles, including the recently released Mayana slot.

Daniel Lindberg, Chief Executive Officer at Quickspin said the company had received fantastic feedback from operators for its Achievements Engine and added Achievements Races represented another valuable tool within the developer’s marketing strategies.

Lindberg stated that achievements themselves were a powerful retention tool aimed to increase the loyalty of the players, while the races allowed for a promotional boost where a spotlight could be put on achievements during a period where the rewards were much more easily reached.

Founded in 2011 and headquartered in Stockholm, Quickspin has become world-famous for its innovative video slots and became a part of the Playtech Group back in March last year.

The company has an extensive portfolio of award-winning titles that helped the company sign a number of partnership deals with some of the biggest names in the online gambling industry.