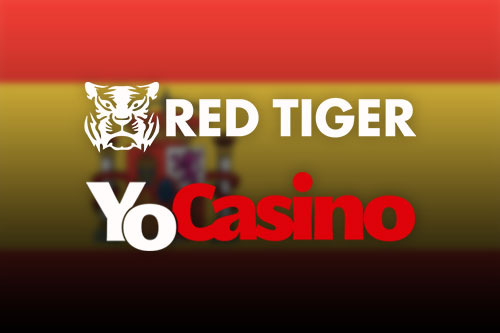 The award-winning developer of online casino content Red Tiger has expanded its market presence in Europe after sealing an important deal with Spanish operator YoCasino.

Under the provisions of the new agreement, the renowned gaming company headquartered in Malta will make its entire lineup of games available to YoCasino’s customers.

Red Tiger became part of Evolution in December last year after the company completed the purchase of NetEnt. The supplier plans to make the most out of this commercial tie-up and is looking to increase its footprint in the coming period significantly.

Commenting on the deal, Chief Commercial Officer at Evolution, Johan Nordstrom, said that partnership with YoCasino was sure to broaden the developer’s presence in Spain.

He explained that the Rank Group-owned operator would benefit from Red Tiger’s entertaining content, which had already proven to be popular with players around the world. Nordstrom pointed out they were looking forward to seeing the new partnership in action and added we would see plenty of moves like this in the coming months.

Both Sides Will Benefit from the Deal

The company’s jackpot network allows operators to access its network of prizes awarded on an hourly and daily basis.

Red Tiger has been doing business since 2014, while its skilled team of developers is dedicated to constantly improving the player experience. The gaming company is licensed in the UK, Malta, Gibraltar, and Alderney. At the same time, its portfolio of games is available to players in Sweden, Denmark, Italy, Spain, Switzerland, Estonia, Slovakia, and the United States.