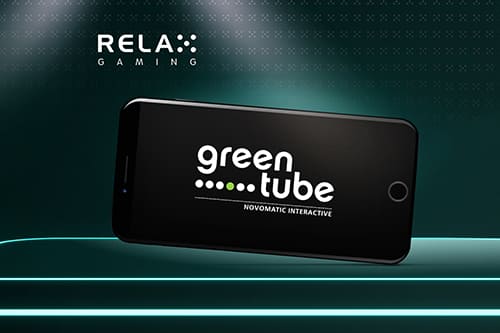 Relax Gaming has announced the signing of a partnership agreement with Greentube, the gaming division of gambling technology giant Novomatic.

Under the provisions of the new deal, the renowned supplier and aggregator of online gambling content will provide its partner with access to its portfolio of games, which will Greentube make available in various markets across Europe.

Good News for Players in Estonia

The first move made following the signing of the new deal was the launch of Relax Gaming’s content with Fenixbet, an online gaming and betting brand powered by Greentube and operated in Estonia.

Fenixbet, owned by the reputable gambling operator Novolotto, has only recently made its debut in Estonian market.

Thanks to the Greenntube partnership, Relax Gaming has been able to launch a number of its titles, attracting a wider player audience. Now, the operator’s customers in Estonia can enjoy such popular titles as Temple Tumble, Snake Arena, as well as the recently-launched sequel to the Money Train slot.

That’s not all as Relax Gaming will also include third-party content in its offering. All these games are a part of the company’s Silver Bullet program, while the list of its partners consists of some familiar names like Kalamba Games, 4ThePlayer and Fantasma Games.

Getting Ready for German Launch

Relax Gaming expects to significantly boost its presence in key markets across Europe with the help of Greentube. That’s why the developer is getting ready to expand its presence in those markets in the coming period.

One of those countries will be Germany, which is set to open its market in July next year, and Relax Gaming is doing its best to be prepared when that happens.

Speaking about the company’s latest move, Daniel Eskola, Chief Commercial Officer at Relax Gaming said the partnership with Greentube was a feather in their cup and pointed out he was confident it would help them reach into core European markets.

Eskola added Germany was an essential part of their expansion strategy, and that Greentube’s experience in that market represented a significant advantage to the firm’s growth plans.

Director of Brand Operations RMG at Greentube, Marcantonio Bottaro stated the new deal would help both sides expand their footprint across regulated markets in Europe, allowing them to offer their customers the best possible experience.