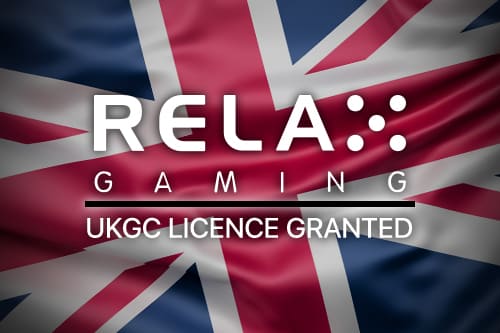 The renowned developer of online gaming content, Relax Gaming, has announced that its Gibraltar divisions received a license from the UK Gambling Commission (UKGC).

That way, the company will be able to make the most out of growth opportunities in one of the most important markets in the world.

Following the UKGC approval, Relax Gaming’s portfolio of online slot games will be available to operators across the UK through its Gibraltar division. Relax has already transferred its partners onto the new network.

This is the latest license obtained by the gaming company, following similar approvals from the Gibraltar licensing authority, the Romanian National Gaming Office, and the Malta Gaming Authority. Thanks to these licenses, the producer of high-quality slot releases can offer its content to a broad audience of players.

The move is part of the strategy whose ultimate goal is to further bolster the company’s market positions in many important regulated markets, including the Nordics. Relax Gaming has made a name for itself in that region, while this year’s recognition at the EGR Nordics Casino Content Supplier award represents a testament to the developer’s performance.

Expanding Its Presence Across Regulated Markets

Commenting on this important milestone, the CEO at Relax Gaming, Tommi Maijala, said the move would have a strong impact on the company’s business, particularly on its third-party partners. He pointed out the license acquisition represented a chance to further grow across important regulated markets.

Relax Gaming is a reputable name in the business, having been producing online slot games since 2010. Today, the company is considered one of the leading B2B suppliers, offering its partners an extensive portfolio consisting of over 2,000 online casino games.

Apart from developing games in its own studio, Relax Gaming offers additional content through its Silver Bullet platform and Powered By Relax partnership programme.