Scientific Games Is The New Owner of UK-based Red7 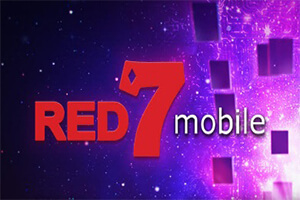 Las Vegas-based gambling company Scientific Games has announced the purchase of Red7Mobile in a move which will expand its operations to sports betting.

Red7 is known for its innovative and unique content and has a vast experience in working with some of the world’s leading operators. The client list of the British developer includes such names as William Hill, BetVictor and PadyyPower.

Barry Cottle, Chief Executive Officer of Scientific Games’ Interactive division, said the acquisition of Red7 and its skilled team of creative and talented individuals was an extremely positive development in the company’s growth story.

He pointed out the fact Red7’s portfolio would enhance the current game content and Scientific Games’ intellectual property. There is no doubt that the sports betting experience will become more exciting with the addition of Red7’s sports betting apps.

Apart from merging Red7’s content into one big game library, Scientific Games will expand its portfolio when it comes to UK market, with more thrilling games to come in the future.

Chief Technology Officer of Red7 Adam Fox said the goals and aims of the company would remain unchanged. According to him, Red7 has always focused on designing and producing unique and inventive content, while the presence of Scientific Games was bringing many new and exciting opportunities.

He stated there would be no staff changes and the Bristol office of the company, and that all existing partnerships would remain in force.

The latest move marks another successful business result achieved during this year, while the company continues to record increase. In the first three months of this year, Scientific Games recorded a revenue of $80.2 million, which was raise of 33.2% when compared to the same period of 2016.

Mobile penetration – the percentage of gaming revenue originating from various mobile platforms, has reached a stunning 72%.