September to Remember for Casumo Winners 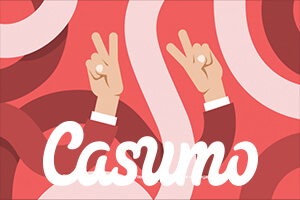 September was a month to remember for Casumo players who grabbed some great wins while playing their favourite slot games. The good people of Casumo Casino love to share sweet winner stories on their blog, so here are some of the biggest wins hit during September.

Casumo Casino has revealed a list of the top wins with the highest “win x bet” size. The biggest among them was won by Ida from Sweden who hit a 328,866x bet win resulting in a whopping €131,546.60 increase in her balance. Ida was playing the NetEnt’s Divine Fortune slot at a bet of only €0.40 per spin when the hefty win landed on 27 September.

Other winnings range between £3,151.50 and €10,040. The games the winner played when big wins landed were Joker Gems, Ozwin’s Jackpots, Holmes and the Stolen Stones and Jammin’ Jars.

Casumo’s professional data analyst has collected some fun facts about the most popular September games. We believe that you would like to learn more about them, so let’s see what he has discovered.

Jammin’ Jars is a Push Gaming video slot that went live on 10 September at Casumo and was exclusively available at the casino until 18 September. The fun fact is that over this period, the game has had 265 wins worth more than 1,000x bet each. According to Casumo’s statistics, this is more than any other slot title ever released or currently available at Casumo has ever paid within such a short period.

Launched on 4 September, Joker Gems, a slot machine by ELK Studios, is the real champion when it comes to huge wins. It has had 5 winners cashing in at least 10,000x bet wins each. What’s more, three of the lucky winners were playing the game within the first three days after its launch.

Another lucrative title released in September is Genie Jackpot Megaways by Blueprint. On the day of its launch, a Casumo player gave it a try and won 6,000x bet scooping €3,600.24 on a €0.60 spin.

Legendary Book of Dead paid the maximum possible win of 5,000x bet with the screen covered by Rich Wilde icons no less than 18 times at Casumo in September. The Play’n Go slot of high volatility is one of the most popular with gamblers who dream of getting their screens covered by the images of the intrepid explorer.

With more than 1,000 casino games on offer and success stories you have just read, Casumo Casino can be your next gambling destination. Click here to visit Casumo and play a game of your liking for a chance to win big!