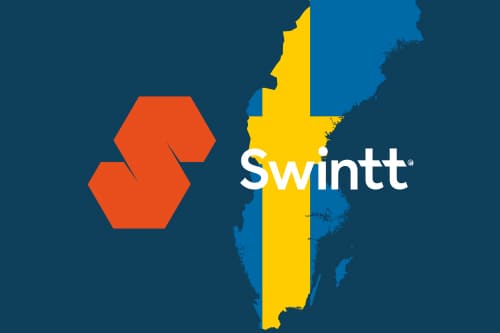 The developer of online casino and live dealer games, Swintt, will now be able to offer its portfolio of content to operators and players in Sweden after receiving the official approval from the country’s gambling regulator Spelinspektionen.

Swintt has been mainly focused on increasing its presence in regulated markets around the world. Its games have already been certified by the Malta Gaming Authority, with many new permits ready to be secured soon.

One of the first games to be launched in the Swedish market is Lone Rider XtraWays. The exciting release will debut the company’s new XtraWays mechanic, where symbols appearing on the grid have the power to expand or contract the reels.

With a bit of luck, players will benefit from up to 262,144 different ways to win on every spin.

Although a relatively new name in the business, Swintt has succeeded in building a reputation for creating high-quality online casino and live dealer games. Its content is localised for particular markets, allowing the customers to have an immersive playing experience.

Swintt’s most popular releases include Spin City, Book of the West, and Everlasting Spin. The company’s lineup can be further enhanced through the SwinttGamify tool, which allows operators to set tasks for players and set up rewarding in-game missions.

Looking Forward to Seeing the Games in Action

Swintt has already partnered with some of the leading gaming platforms to offer its games to Swedish slot enthusiasts, with more operators to join in the coming months.

Commenting on the latest move, David Mann, the company’s Chief Commercial Officer, said they were delighted to have been given the green light to enter the Swedish market.

He pointed out that Swintt’s games were localised for high growth markets, ensuring that players in Sweden would enjoy the highest level of fun and entertainment. Mann added the company was looking forward to going live with more operators and bringing even more titles to Swedish players.