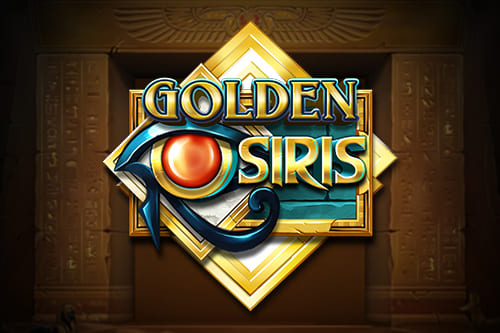 We have good news for fans of Play’n GO video slots, as the online casino games developer has recently launched an action-packed title filled with exciting features and an immersive background story.

Titled Golden Osiris, the fresh addition to the company’s portfolio boasts Wilds, multipliers, the popular cascading reels and the Charge feature. Couple that with the well-executed Egyptian theme, and you’re guaranteed to have a fantastic playing experience.

A Legend Comes to Life

The slot is based on an Ancient Egyptian legend. According to the story, the God of the underworld hid an immense treasure within a tomb. Now, slot lovers will have the chance to uncover it!

The cascading reels mechanic has so far proven to be a massive hit with players, so the decision to add it to the new game comes as no surprise. According to Martin Zettergren, Chief Product Officer at Play’n GO, the team of developers behind the game gave its best to deliver a high-quality gaming experience.

It’s About Creating a Quality Release

He pointed out the goal had been to create a stunning release, and not just to capitalise on the popularity of the mechanic mentioned above. Zettergren added that both partners and their players knew what to expect from a Play’n GO title, so it was important not to let them down.

This strategy has been successful not only for his side, but also for its clients, and has helped the Swedish company establish strong market positions.

Despite the numerous difficulties in 2020, the year has been extremely successful for Play’n Go. By using the right approach in the coming period, the developer is sure it will only get stronger.

The new Golden Osiris video slot has already hit the market. Players can give it a go at any online casino powered by Play’n GO.