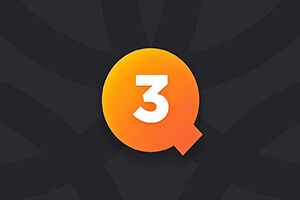 Yggradsil Gaming has published a Q3 2018 report that shows a 62% increase in revenue. According to CEO Fredrik Elmqvist, the Malta-based gaming company continues its expansion by signing new deals and investment in new products.

In Q3 2018, Yggdrasil signed 13 new license agreements. The company got certified to launch in Spain and entered the Czech and Italian regulated markets through deals with local gaming operators. One of the leading software providers in the industry has also established a legal entity in the UK.  Its purpose is to help them improve their commercial reach to new candidates for their YGS Masters program. What’s more, the company entered the Asian market by signing their first social gaming partnership with Taiwanese operator XSG.

“(These are) all important building blocks of our long-term strategy and commitment to expanding our regulated market footprint. I am also thrilled to announce that we have signed with ATG and Svenska Spel in Sweden and Veikkaus in Finland after the close of the quarter,” said Elmqvist commenting the Q3 2018 results.

Player Rounds Increased by a Half

In July, Yggdrasil launched their own fan site thus providing players with a chance to play any title from their portfolio for free. A rise in the number of player rounds by 51% to 1,534 million when compared to 1,019 million in the same period of the last year indicates that gamblers love their products. The mobile share of EGW also saw an increase of 6%.

“With the first nine months of the year behind us, I am excited on the opportunities and challenges ahead,” concluded Yggdrasil CEO and added that they continue to put full emphasize on growth and making investments into the organisation to stay at the forefront as a true industry innovator.