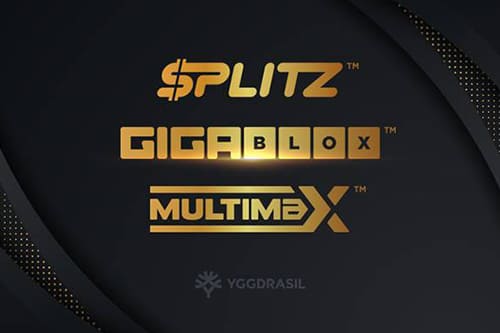 Swedish developer of online casino games Yggdrasil Gaming has announced it will extend its YG Masters programme by enabling its partners to make the most out of the company’s in-house developed game mechanics.

This move will not only see YG Masters partners gain access to popular Splitz, MultiMax and Gigablox mechanics, but will also allow Yggdrasil to focus its attention on creating new releases much faster.

All three mechanics were launched in 2020, and quickly became a smashing hit among slot lovers.

Multimax was launched in the Multifly slot, which successfully hit the market earlier this year. The innovative feature saw multipliers accumulate on the reels to award cascading wins.

A Great Opportunity for Their Partners

Speaking about the importance of this proposition, Stuart McCarthy, Head of Partner Programs at Yggdrasil, said that using proven and successful mechanics would be crucial in drawing new players and increasing the game performance.

McCarthy explained this represented a fantastic opportunity for all YG Masters partners. He also pointed out the first new games featuring the said game mechanics would hit the market in 2021, helping the company’s partners further bolster their market presence, while at the same time helping them reach new customers.

DreamTech Gaming, which joined YG Masters back in April last year, and the UK-based studio Bang Bang Games, which became a member in July, will be among the first to use Yggdrasil’s popular game mechanics in 2021.

Frank McPolin from Bang Bang Games said his company was thrilled to be able to use the Yggdrasil mechanical frameworks. He pointed out the studio was working on new releases and added they were looking forward to seeing them in action.

DreamTech Gaming Business Manager, Halvor Dahl, pointed out the studio would be able to further build on the successful partnership with Yggdrasil and offer its customers exciting game concepts.