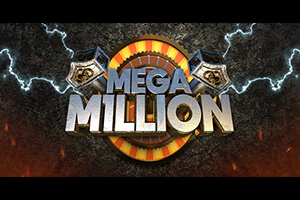 This time next month you could be a millionaire with NetEnt’s latest Mega Million campaign launched in honour of the 2018 World Cup.

As of 14 June, the developer will start dropping cash awards like crazy, giving away €1,000,000 to the luckiest players of Hall of Gods and Mega Fortune, two of NetEnt‘s most popular progressive slots.

How to Take Part?

It seems that NetEnt is determined to make all of their players filthy rich – only recently, a Swedish based player scored €3,773,845.27 on Mega Fortune and a few weeks prior to that, a mobile player managed to hit €6,719,561.71 playing Hall of Gods. It, therefore, comes as no surprise that the developer has selected their highest performers as the stars of the two-part Mega Million promotion.

In stage one of the campaign, €3,800 will be distributed every day, for every individual WC match played, while the second stage will boost the jackpot won with an extra amount of €350,000 for the Hall of Goods and €650,000 for Mega Fortune jackpot winner.

A separate promotion will be ran for all the Live Casino’s Goal Smash players, who will get to compete for daily cash awards and €75,000 total prize, whereas free rounds will be granted to all the Football Free Round Widget users – a toll created by NetEnt that enables the players to score a freebie for every successful penalty shot.

To join the football frenzy (might as well, otherwise it’s gonna be a long summer), head straight to Mr Green and Spinit, two of the highest rated online casinos powered by NetEnt – no time to waste as the Mega Million promotion is only days away.

The campaign will officially end on 15 July, although the jackpot may be triggered after that date. Ladies and Gentlemen, let the games begin!